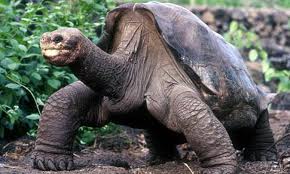 Why is it that the good ones always leave us too soon? Lonesome George who was believed to be approximately 100 years of age and listed in The Guinness Book of Records as ‘the loneliest animal on the planet’, has died. Lonesome George was ‘discovered’ in 1972 and had become a symbol of Ecuador’s Galapagos […]

END_OF_DOCUMENT_TOKEN_TO_BE_REPLACED

By creating Downton Abbey, you’ve now written the most successful British costume drama since the 1981 television serial version of Brideshead Revisited. How does Julian Fellowes, the creator/writer of what is now considered by the Guinness Book of Records as the most critically acclaimed English-language television show of 2011, occupy his time between the end […]