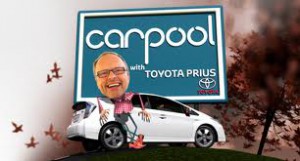 Let’s get ready to rumble…. Comedian Jerry Seinfeld’s newest web series about nothing seems to be causing quite a stir in the UK. Seems even web series aren’t safe any longer from a bit of format copying these days. According to The Daily Beast, this has been a lifelong ambition of Seinfeld’s….to make a show […]

END_OF_DOCUMENT_TOKEN_TO_BE_REPLACED

Tribeca well worth 'The Trip'

Granted, Steve Coogan is a household name in the UK. He’s a comic genius that has given the world, perhaps, the greatest of all talk-show hosts in Alan Partridge. In America, however, Coogan remains a virtual unknown to everyone with the exception of those that have seen Night at the Museum. A role that Coogan […]