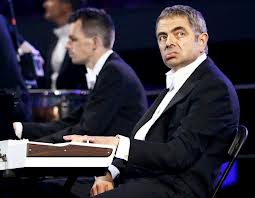 If you watched the Rowan Atkinson brilliance during the Opening Ceremonies of the London 2012 Olympics, hopefully, you have the performance etched somewhere in the deep recesses of your personal mind palace as it seems as though the copyright police have systematically wiped the video from its virtual existence on the planet. I guess the […]

END_OF_DOCUMENT_TOKEN_TO_BE_REPLACED

Today marks, officially, 365 days and counting until the opening ceremonies of the 2012 Olympics where the eyes of the world will be on London for the Games of the XXXth Olympiad. I know, where does the time go. While everything looks like smooth sailing on the outside, it does so for a reason. There are […]