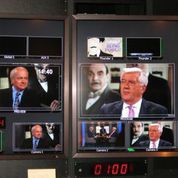 One of the most poignant ‘behind-the-scenes’ docs is coming to public television stations this August from Acorn Media. Being Poirot, which recounts Sir David Suchet’s last days as that ‘funny little man’ born in the mind of Agatha Christie, will leave long-time viewers of the Poirot series just as gutted as David Suchet was during […]