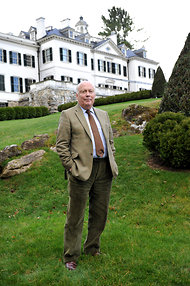 Bill Carter of the New York Times is reporting this week that US broadcast network NBC is partnering with Downton Abbey creator Julian Fellowes in the development of a new period drama set in New York during the 19th century. Fellowes will write and produce The Gilded Age, which will recreate New York society in […]