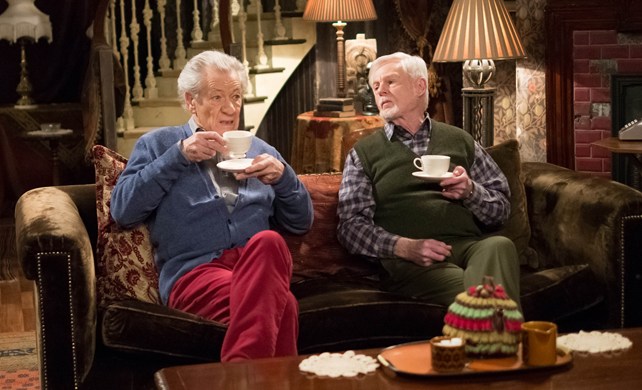 Freddie and Stuart to get ‘Vicious’ once again

Sirs Ian McKellen and Derek Jacobi, along with Frances De La Tour and Iwan Rheon, will return to their London Soho flat (a.k.a. London Studios) to tape a new episode of the comedy series, Vicious. According to the British Comedy Guide, the one-off special will follow what was, originally, the final episode of Series 2 […]

END_OF_DOCUMENT_TOKEN_TO_BE_REPLACED 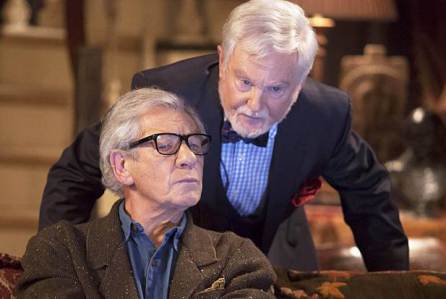 Following a new Christmas Day special this coming December on PBS, Freddie Thornhill and Stuart Bixby are headed back to PBS in Summer 2015 for the second series of Vicious, the story of two aging partners who have lived together in their Covent Garden flat for 48 years. Vicious first premiered on PBS this past Summer bringing together two of the finest actors on Planet Earth, both very familiar to public television audiences, Sir’s Ian McKellen and Derek Jacobi.