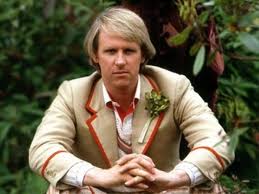 While his most recognizable role, most likely, was that of Tristan Farnon in the television adaptation of James Herriot’s, All Creatures Great and Small, fans of the longest running science fiction series television show in the world, Doctor Who, will recognize a very familiar face when the new season of Law and Order UK returns for its third season.

Peter Davison, who played the fifth Traveling Time Lord in the early ’80s, will join the L&OUK cast of regulars and take over the job of director of the crown prosecution service.

Even though it has been almost 30 years since Davison last put on the telltale beige coat with the red lining and striped trousers, he hasn’t strayed far from the world of the Tardis and the Daleks. Davison’s daughter, actress Georgia Moffett, is currently engaged to David Tennant, the Tenth Doctor, with a planned 2012 wedding on the horizon.

While the third season premiered this past Sunday in the UK on ITV, U.S. fans of the series can now pencil in Wednesday, August 17 on their calendars as the premiere date for the new season and look for maybe their favorite Doctor in a very different role.