Rowan Atkinson, the former star of Blackadder and Mr Bean, is making a return to television to play Belgian author Georges Simenon’s pipe-smoking policeman, Jules Maigret, in two new films for ITV and, hopefully, as part of PBS’ Masterpiece Mystery series in the States. Fresh off his recent celebratory ‘25th birthday of Mr. Bean tour‘ of London, Atkinson put his yellow Mini back in the garage and has headed to Hungary to don the iconic heavy coat and trademark pipe to begin filming “Maigret Sets a Trap”, the first of two films with the comedy icon taking on the lead role which was originally made famous by the brilliant talents of Michael Gambon (Singing Detective, Harry Potter) back in the early 1990’s.

On his role as the insightful detective, Jules Maigret, Rowan Atkinson said: “I have been a devourer of the Maigret novels for many years and I’m very much looking forward to playing such an intriguing character, at work in Paris during a fascinating period in its history“. Set in the 1950’s in Paris, “Maigret Sets a Trap” is adapted from the Simenon novel “Maigret tend un piège.” The second film “Maigret’s Dead Man” is based on “Maigret et son mort.” 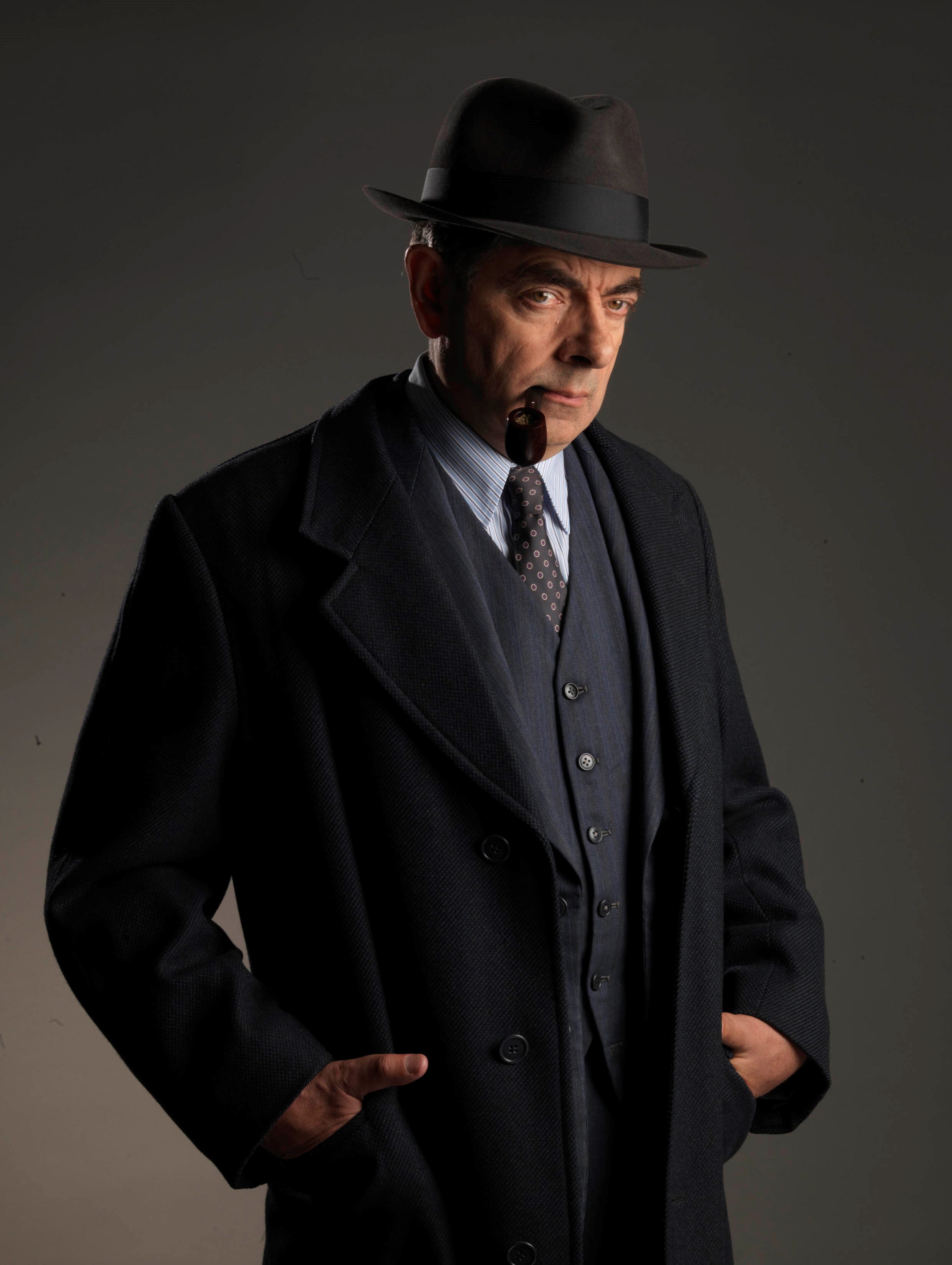 The character of Jules Maigret first appeared in print in 1931. Georges Simenon, who wrote 75 Maigret novels, is considered one of the greatest writers of the 20th century, selling around a billion books worldwide to date. I know that sounds a bit like Dr. Evil in Austin Powers but it’s true.

Tellyspotting says keep an eye out for Rowan Atkinson as Jules Maigret coming to ITV in 2016 and, hopefully, not long after to PBS in America as part of the Masterpiece Mystery series.