As part of their Landmark Sitcom Season celebrating 60 years of British Comedy on the BBC in 2016, the Beeb announced recently that they would be commissioning 21st century remakes of several classic British comedies including Porridge, Up Pompeii, Are You Being Served?, Good Neighbors and Keeping Up Appearances.

While, unfortunately, many of the actors associated with these decades old comedy classics have long since passed, this sounded like an intriguing idea only when word began to surface that original Keeping Up Appearances writer, Roy Clarke, would be on board to pen the newest reboot of KUA. It was just different enough as it was to focus on the early days of Hyacinth Bucket and try to give us more of an understanding as to just how our favorite social-climbing snob came to be in Young Hyacinth.

Now comes word that Are You Being Served, the 70s sitcom that starred John Inman, Mollie Sugden, Frank Thornton, Wendy Richard, Nicholas Smith and Trevor Bannister as the staff of the retail ladies’ and gentlemen’s clothing ground floor departments at Grace Brothers department store, will be next in line for a 21st century reboot. 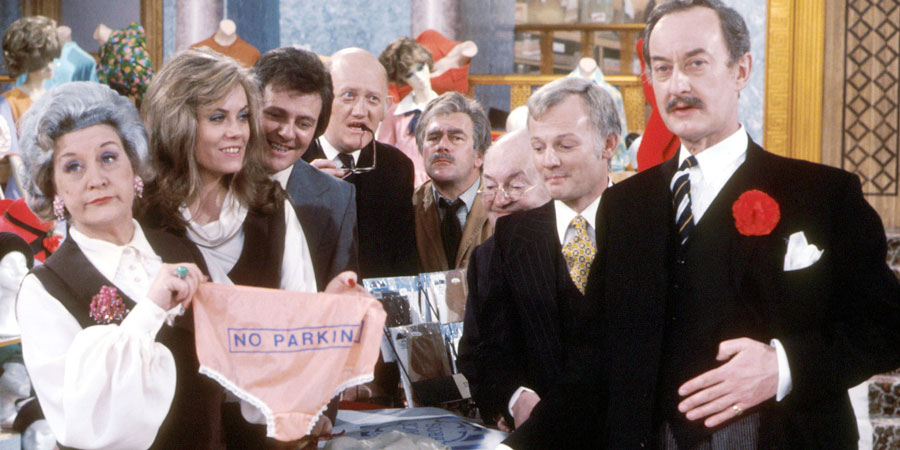 Unfortunately, not only are all original cast members no longer with us, series co-creators/writers, Jeremy Lloyd and David Croft, have also passed away which leads you to wonder just what chance this reboot has (which may or may not be a fair assessment at this point).

According to what the British Comedy Guide has learned, the Lloyd/Croft creation will ‘pick up where they left off’ with a producer promise that, “The show will bring Grace Brothers and some of the nation’s all-time favourite sitcom characters including Mrs Slocombe, Captain Peacock, Miss Brahms, and Mr Humphries back to life with an all star cast.” The new Are You Being Served? script has been written by Benidorm writer Derren Litten, and that it will be overseen by Still Open All Hours producer Gareth Edwards.

I have no clue as to who might be on the short list for the AYBS one-off but give me Graham Norton any day as the 21st Century Mr. Humphries any day.