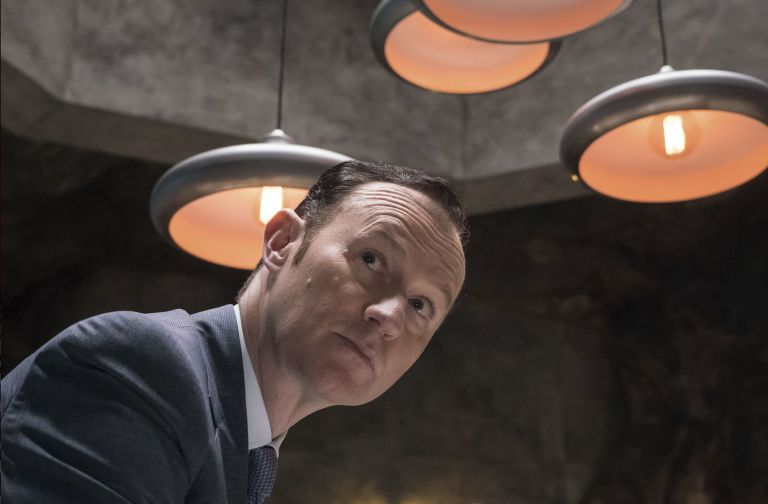 With every day that passes and every role that keeps getting added to both Benedict Cumberbatch and Martin Freeman’s schedule diary, it’s looking more and more that Sherlock-Nation will have to be content with the crime-solving duo running out of 221b Baker Street for the time being.

As we have all known for some time, but basically have refused to admit, both Cumberbatch and Sherlock co-star, Martin Freeman, are in incredibly high demand.

Series co-creator/writer, Mark Gatiss, seems to have all but ruled out any Sherlock‘s in our immediate future owning up to the thought that it may be a bit before series 5 becomes a reality as it’s becoming harder and harder for schedules to line-up. “I honestly don’t know if there will be any more. It’s incredibly difficult to get Benedict and Martin’s diaries to align,” said Gatiss. “And obviously we left it in a very happy place… if that’s the end I’d be very happy where we left it.”

The good news is that if Benedict Cumberbatch and Martin Freeman do ever free up time for more Sherlock, Mark Gatiss and co-writer Steven Moffat already have a few story ideas.

“Mark’s always wanted to do ‘The Red-Headed League’ and then there’s ‘The Engineer’s Thumb’, which is a slightly mad story that doesn’t have a proper ending,” Sherlock co-creator/writer, Steven Moffat has revealed.“There’s an element of ‘The Greek Interpreter’ that I think is really exciting, which hasn’t been done, because in our version of events Irene Adler is still out there. There’s always that.

Now we know she and Sherlock actually still text each other. What would happen if they ever met again? There are those things we can do, but we simply have no idea whether we’ll be doing them or not,” added Moffat.

Aside from the fact that both Cumberbatch and series co-star Martin Freeman are deeply entrenched in the Marvel universe these days, Cumberbatch has launched his own production company, SunnyMarch, which will see him both star in and executive produce a number of different projects that seem to be near and dear to him.

First up is the one-off small screen adaptation of Ian McEwan’s 1987 novel The Child in Time for BBC One. Cumberbatch will then turn his talents to the limited series, Melrose, which is based on the Patrick Melrose series of semi-autobiographical novels written by Edward St. Aubyn.

If that wasn’t enough to make his diary explode, just yesterday Cumberbatch signed on to star as a seemingly ageless teacher suffering from an extremely rare condition which means he’s actually been alive for centuries in the television adaptation of Matt Haig’s soon to be released novel, “How to Stop Time”.

If this is truly the end of Sherlock, like Gatiss, I will be content with the knowledge that even though ‘this could be it’, I will still have 13 of the best 90-minute bits of television to watch over and over for years to come.