As King Charles III premiered last night on BBC2 and when it transmits on PBS this coming Sunday evening on Masterpiece, one might immediately question how and/or why a program that imagines a future in which Prince Charles becomes King, causes havoc and won’t sign a crucial bill could actually be filmed in Buckingham Palace. Would the official London residence and administrative headquarters of the UK sovereigns since 1837 possibly open its doors to a drama where much of the action takes place in a Buckingham Palace that becomes increasingly besieged by outside forces?

Fear not as the late Tim Pigott-Smith, who brilliantly portrays Charles III, is merely wreaking havoc on a handful of stately homes standing in around the North of England and not the real Buckingham Palace or Kensington Palace. 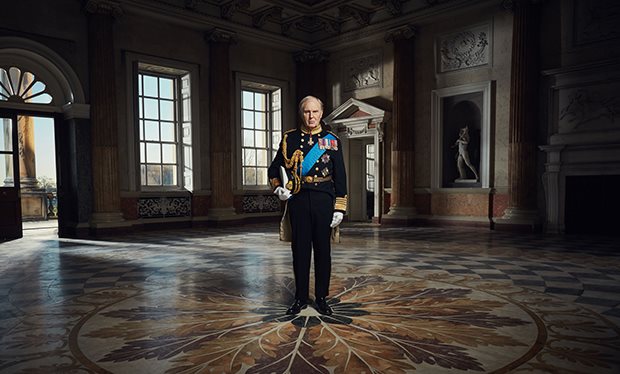 As King Charles III producer Simon Maloney explained, “We’ve used Newby Hall up in Ripon, in North Yorkshire and we’ve used Harewood House [in West Yorkshire near Leeds] and then we’ve used Wentworth Woodhouse [in Rotherham, near Sheffield], so they are our main three houses to shoot the palace across.” 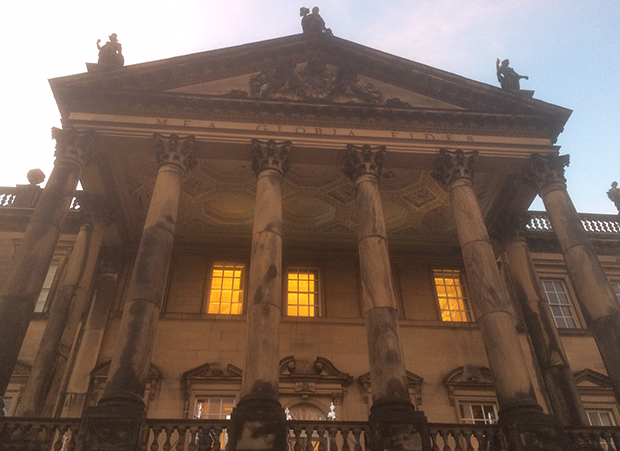 “Wentworth is very much Buckingham Palace.” Maloney said. “We’re using very oblique angles because obviously Buckingham Palace is so distinctive, it’s quite difficult. So I think what we’ll end up doing is using stock footage for exteriors of Buckingham Palace and then cut within our houses to create our world.”

In addition to its most recent film credit, Wentworth Woodhouse has a very impressive film CV. It has also been used for the likes of Victoria, Mr Turner and  Jonathan Strange & Mr Norrell. Many of the houses in the area have a bit of history in film and TV. Both the TV and film versions of Brideshead Revisited were shot at Harewood House and Newby Hall has hosted productions including the 2007 adaptation of Mansfield Park.

“Wentworth is great because the majority of the rooms are empty; it’s like a playground you can come in and dress. Then for the opulence of Kensington and the other side of Buckingham the houses like Newby and Harewood are great because you’re effectively walking into dress sets with priceless Chippendale furniture, things we just couldn’t do.” 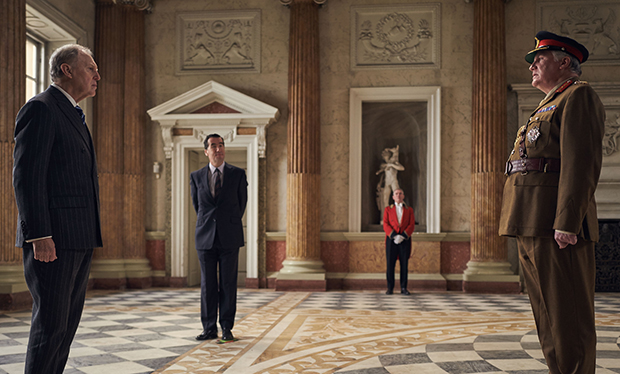 Aside from the body doubles for both Buckingham Palace and Kensington Palace, other notable locations used to create scenes of London nightlife were shot in nearby Leeds, while Beverley Minster cathedral in East Riding, Yorkshire, stood in for the real Westminster Abbey when it came to the all-important funeral and coronation sequences.