As America, once again, becomes transfixed (in a good way) on Sunday nights and the return of Victoria on PBS, we are afforded the opportunity to experience the theme music that easily deserves a co-starring credit as much as the Cornish coastline does for Poldark. It has been called haunting, mesmerizing, even uplifting. Composed by Martin Phipps (War & Peace, Peaky Blinders), Victoria‘s main title theme tune is titled “Alleluia” and was performed by the classical chorale ensemble,  The Medieval Baebes. 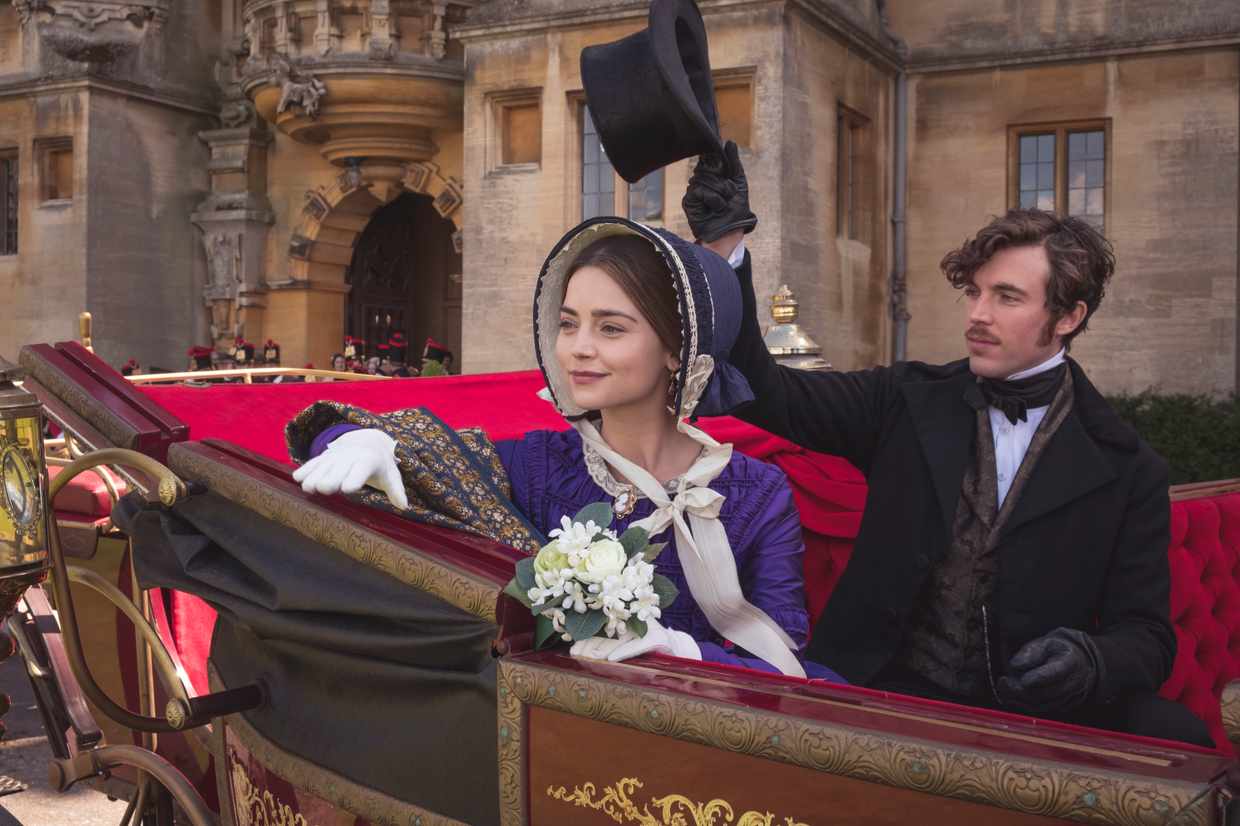 According to series executive producer, Dan McCulloch, Phipps immediately fell in love with the series after being shown an early version of the premiere episode. He even went so far as to change his holiday plans to begin work on the composition. The singing group entered the picture to meet with Phipps in his East London studio thus beginning the creative collaboration.

Victoria is by no means the first series where the soundtrack remains in your head long after the closing credits have run (again, in a good way). Who can forget the main title theme to Downton Abbey, where the final episode was recorded in London’s Abbey Road Studios, David Arnold and Michael Price’s epic Sherlock score or composer Barrington Pheloung’s brilliant score to Endeavour, also recorded at London’s Abbey Road Studios.

Drama doesn’t hold the copyright on classic musical themes. Ronnie Hazlehurst, BBC Light Entertainment Musical Director, composed the themes tunes of many British sitcoms and shows of the 1970’s and 1980’s, including Are You Being Served?, Yes Minister, Some Mothers Do ‘Ave ‘Em, Last of the Summer Wine, The Fall and Rise of Reginald Perrin, To the Manor Born and Three Up, Two Down. He also arranged the themes for Butterflies, Sorry! and Only Fools and Horses. In addition, he wrote the theme tunes for the sketch show The Two Ronnies, the game shows Blankety Blank, Odd One Out and Bruce Forsyth’s The Generation Game. He also composed the music for the opening of the BBC’s coverage of the 1976 Olympics.