The idea of Benedict Cumberbatch’s dramatic version of “I’m a Little Teapot” might be the best thing I’ve seen on the Internet since the video of Patrick Stewart dressed in a flannel shirt, spurs, chaps, bandanna and black hat singing country western classics like “Rawhide”, “El Paso”, “Ringo” and “Don’t Fence Me In” for charity. 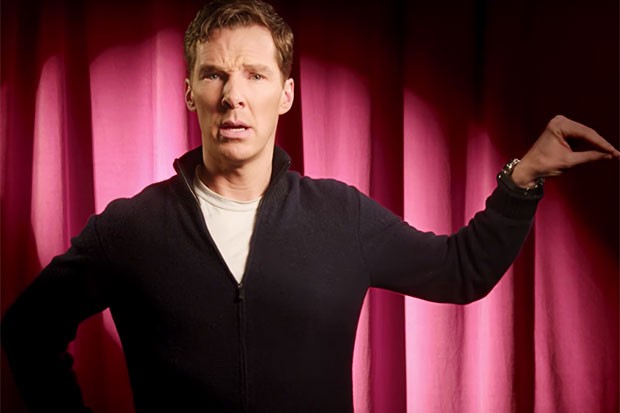 Also for the purpose of benefiting a charity, Cumberbatch performs his classically trained ac-tor’s version of the 1939 children’s song as a way of introducing his offer for a lucky individual to not only attend the Avengers: Infinity War premiere in Los Angeles but to have tea with the actor. It’s all in aid of The GEANCO Foundation, which provides services and opportunities in poverty-stricken areas of Africa, a charity very important to Cumberbatch. As you will see, his performance excels both in the visual aspect of the brief read and in his ‘Shakespearian’ ac-ting delivery, showcasing his commitment to his craft and immediately shows why Sherlock is the best show on television.

The video also offers a ‘sneak peek’ at the Sherlock star’s standard vocal warm-ups exercise which includes the well-known phrase that will soon forever stick in our collective heads, “Benedict Cumberbatch met a feminist lumberjack”

Now, how about more Sherlock in the not-too-distant future!