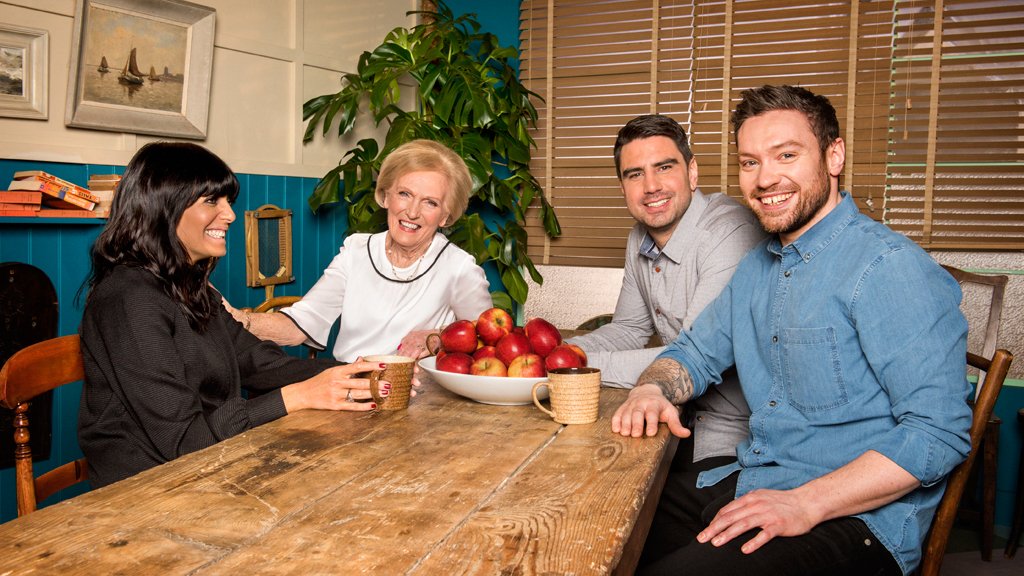 With the premise of bringing 10 passionate home cooks together to battle it out to be crowned as the best in Britain, each  ‘home chef’ attempts to perfect their own versions of dishes that define British home cooking along the way. Whether it’s perfect pork crackling, an ingenious twist on the chicken pie or the ideal chocolate pudding, the series will be the BBC’s first attempt to fill the GBBO void following last year when Paul Hollywood picked up the tent and a few co-hosts along the way and moved to Channel 4.

The anticipation is higher than ever from viewers and those involved are a combination of excited and anxious as we near the transmission date. Berry said: “I am never more at home than when I have my judging hat on. This series is going to encourage proper home cooking which I have always championed and I cannot wait to start. Claudia, for me, is the icing on the cake.”

Winkleman, who also presented The Great British Sewing Bee on BBC2, says: “I am over the moon to be part of this show. Am slightly obsessed with Mary so will follow her around with my own moussaka for most of the filming. Apologies in advance.”

Dan Doherty says: “Right now British cuisine is more exciting and diverse than ever – we’re a nation of home cooks with different influences and hidden talents. In the competition I’m looking to discover which of our competing cooks has the technical ability and creative skill to deliver inspiring and inventive dishes. It’s a pleasure to be judging alongside Mary and Chris, and I can’t wait to taste what our cooks come up with.”

Chris Bavin says: “I’ve spent 20 years in food produce and know that a good understanding of ingredients will be key to giving us delicious dishes, but just as important is the ability to adapt and be resourceful – anyone who cooks will know that in a kitchen anything can happen!”

The 8-episode Britain’s Best Home Cook series which will air on BBC1 later this year.