Recently unearthed material in the private archives of Monty Python member Michael Palin has revealed some oddly interesting sketches that, ultimately, never made it to the final version of Monty Python and the Holy Grail. Palin gave the British Library his archives last June, a majority of which has been catalogued and is already available in the library’s reading rooms.

There were more than 50 notebooks containing drafts, working material and reflections relating to Palin’s Monty Python writing. There were also project files with material relating to his film, TV and literary work, and annotated scripts relating to Python projects. Among the unused ‘Holy Grail’ material discovered was a scene set in a Wild West bookshop and an amorous pink knight sketch that never made it into Monty Python and the Holy Grail alongside the killer rabbit of Caerbannog and the Knights Who Say “Ni!”.

The Pink Knight sketch was written by Palin and fellow Python writing partner Terry Jones. It featured the knight standing in a “slightly camp pose” alongside the Black Knight and demanding a kiss from King Arthur. “None shall cross this bridge save he who shall give me a kiss,” the Pink Knight says. Arthur declines, and the pair struggle before falling on one another. A group of passing pilgrims sees them, leading a monk to remark: “You could at least go indoors. You landowners are all the same.” 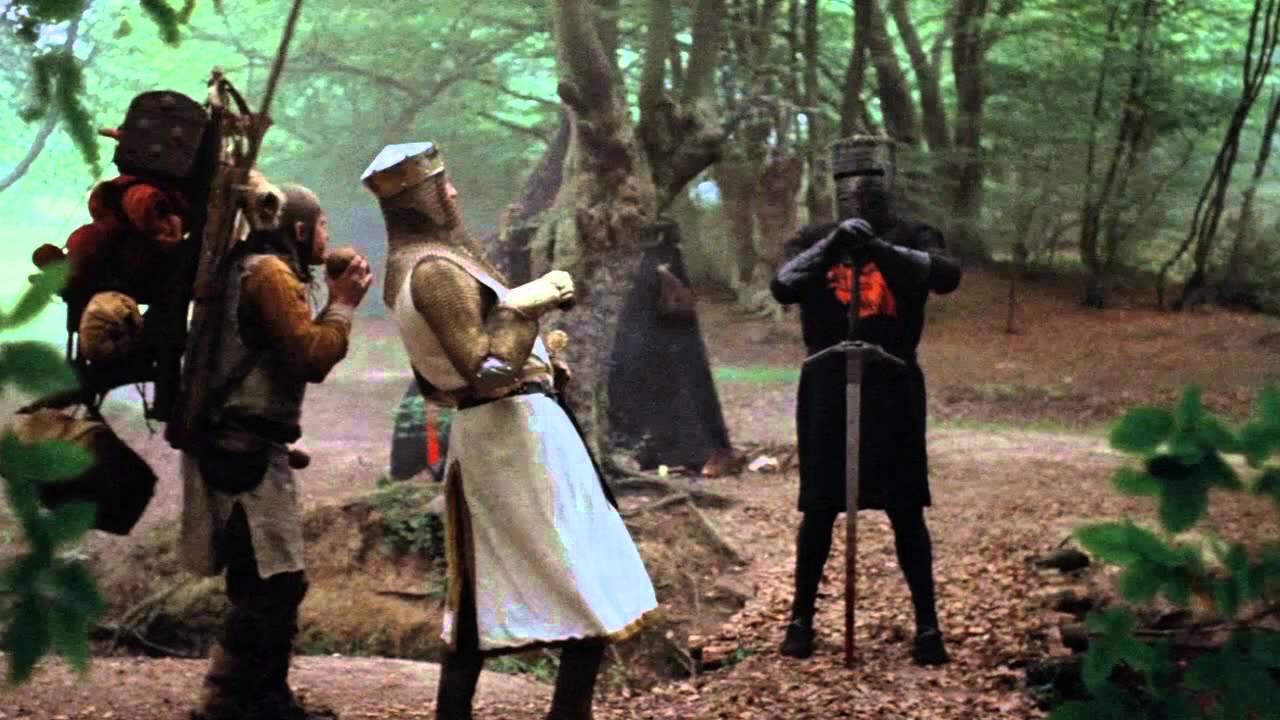 In the Wild West sketch, a parched news reporter enters what he thinks is a saloon but is in fact has been turned into “the last bookshop before you get to Mexico.” He asks if another local trading post will have beer. “Not since they started specializing in modern European authors,” the barman tells him. Finally, a group of bandits arrive, demanding a copy of Black Beauty before getting rowdy when it arrives in a poor state and riding off singing the praises of various publishing houses.

The original and more conventional ending of the film had the Camelot crew battle it out against the French and the bloodthirsty rabbit with “a vicious streak a mile wide.” But the scene was deemed too expensive, and so Arthur wound up abruptly arrested by modern-day British police instead which was also determined by the Pythons to be much funnier.

Archive highlights will be on display in a “Michael Palin, Writer, Actor, Comedian” exhibition in the British Library’s Treasures Gallery. “There will be scripts, diaries, photographs and ephemera celebrating films like ‘Monty Python’s Life of Brian,’ and also showing less well-known aspects of Palin’s career,” a spokesman for the library said.