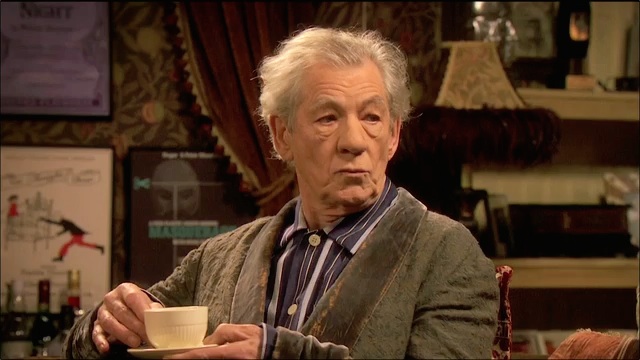 In addition, McKellen was appointed Commander of the Order of the British Empire in the 1979 Birthday Honours, knighted in the 1991 New Year Honours for services to the performing arts, and made a Companion of Honour for services to drama and to equality in the 2008 New Year Honours. A well-known fixture in British theatre, McKellen made his first professional appearance in 1961 at the Belgrade Theatre, as Roper in A Man for All Seasons.

After you’re done with Acting 101, check out Sir Ian McKellen preparing ‘the best scrambled eggs in the world’.