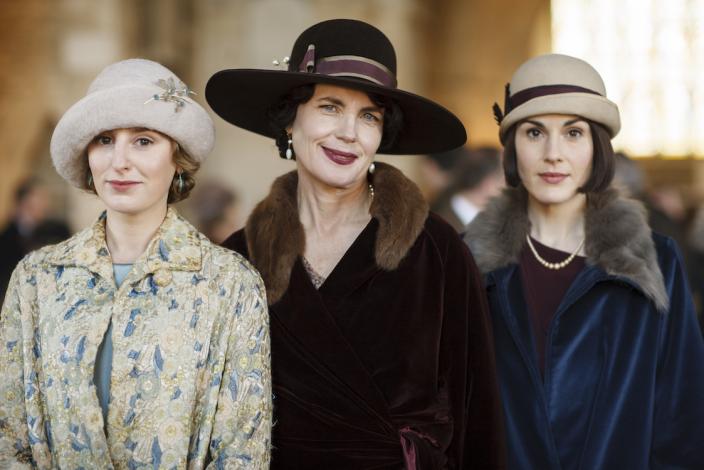 Photo: Courtesy of © Carnival Film and Television Limited for MASTERPIECE

The long-awaited, much anticipated, at-last feature film release of the Downton Abbey movie has been announced. While American audience will head to the theaters on Friday, September 20, 2019, UK audiences will, once again, get an early look at the newest Downton feature on Friday, 13 September. The feature-length film will bring back virtually every major cast member.

While filming began earlier this month, original cast members including Hugh Bonneville, Elizabeth McGovern, Michelle Dockery, Brendan Coyle, Joanne Froggatt, Jim Carter, Phyllis Logan and Dame Maggie Smith gathered at Downton to, once again, to let us all in on the life of the Crawleys and all that that entails.

At this point, the only original cast member who’s said they aren’t participating is Lily James, who played Lady Rose.

While little if anything is known about the storyline that resides in Sir Julian Fellowes mind palace, does anyone really care? What’s important is that filming has begun, this is a reality and the official U.S. release date has been set for September 20, 2019 (13 September in the UK).

So, head to your local independent bookstore, purchase a 2019 calendar of your choice and put a big red circle on the appropriate date in September. It’ll be here before you know it!