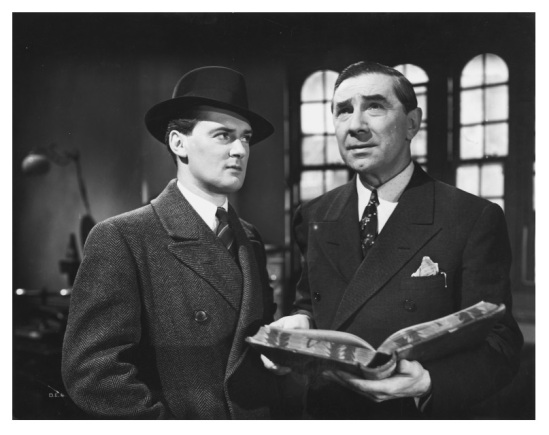 This time of year being just prior to Halloween, I’m constantly reminded that Turner Classic Movies is a treasure trove of classic horror movies. Many come from the Hammer Film Production catalogue, the British film production company based in London. Founded in 1934, the company is best known for a series of gothic horror films made from the mid-1950s until the 1970s.

This week’s From the Vault comes from the U.K. based film production company John Argyle Films in November 1939. Based on the 1924 Edgar Wallace novel of the same name, The Dark Eyes of London starred Bela Lugosi in a dual role as Dr. Orloff, a scientist turned insurance broker who commits a series of murders for insurance money, while periodically disguising himself as the blind manager of a charity to further his scheme, Professor Dearborn.

Unfortunately for the Orloff/Dearborn mash-up, Scotland Yard’s eyebrows are raised when they start finding bodies in the Thames River, magically insured by Orloff with the Dearborn Home for the Blind as their sole beneficiary.

You might be asking why is a Doctor selling insurance? Well, it seems that Dr. Orloff was barred from working in the medical profession due to his being “brilliant but unstable.” I guess when you think about it, nothing screams unstable like dumping bodies in the Thames.

From the Vault is our new weekly feature where Bill reaches back for a favorite, memorable clip or classic highlight.

Of particular note when looking back on the release of The Dark Eyes of London, it became the first (and last) British film to receive the “H” rating for “Horrific.” The “H” rating was introduced in 1933 by the British Board of Film Censors (BBFC) for films labelled “Horrific” for “any films likely to frighten or horrify children under the age of 16 years.”

The fact that the film was based on Edgar Wallace’s best-selling novel was the big selling point when released in the U.K., not so much, however, in the U.S. as it was re-titled to The Human Monster and released a year later in 1940. The Captain Obvious selling point for Monogram Pictures was the casting of Lugosi given his popularity in the 1930s as Count Dracula and other horror films alongside Boris Karloff.

Principle production involving Lugosi’s part in The Dark Eyes of London was completed in 11 days (take that, Roger Corman). For the role of Dearborn, Lugosi’s voice is dubbed by British stage actor, O. B. Clarence.

Although the film is light on horror and heavier on the forensic/detective side, the climactic ending is not to be missed. FYI, it involves a river of mud.