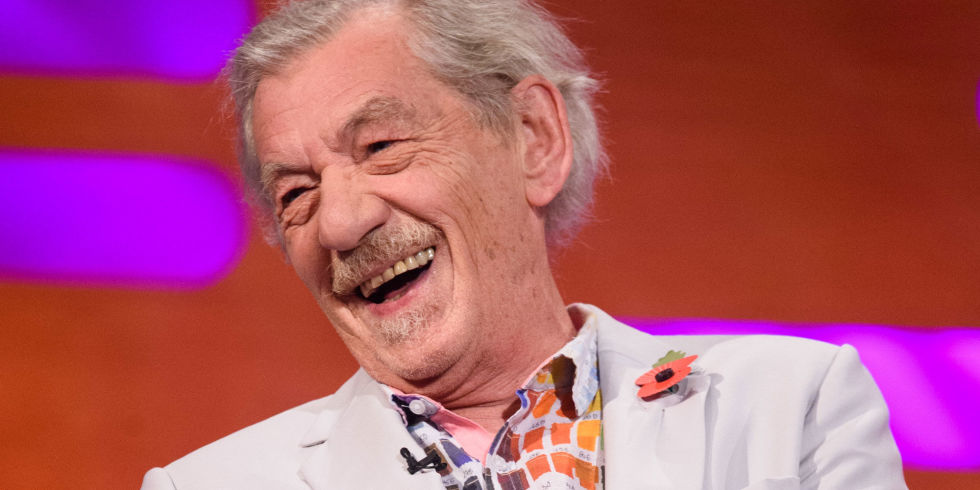 Three takeaways from this past Friday’s episode of The Graham Norton Show:

Three, both he and Dame Judi Dench might find themselves at the top of the “do not invite” list for the next event at Buckingham Palace.

Norton’s ability to extract comments and/or confessions out of unsuspecting guests would make Endeavour Morse so proud. Guests on the show don’t ever realize what they have admitted to until it’s too late.

Case in point, Nov. 9’s appearance on The Graham Norton Show by Sir Ian Mckellen, which might just top any story told in Tea with the Dames, revealed why Buckingham Palace brings out the worst in him … in a good way, of course.

As the story goes, Sir Ian and Dame Judi were attending a “posh occasion” at the palace when, after dinner, they began to roam the halls of The Queen‘s official London residence. Finding themselves with no security around, they stumbled upon a fairly familiar room.

“We had a little twirl around the room, nobody else there, and I said, ‘I think this is the throne room,’ ” he explained, recalling that even without the thrones, it was where he was given a knighthood in 1991 and Dench was made a Dame Commander of the Order of the British Empire in 1988. McKellen being, well, McKellen, the fact there were no thrones didn’t deter them.

“We went on dancing around the corner, and we found ourselves behind the band, and there behind this sort of partition were the thrones … so we sat on them,” he sheepishly revealed to Norton.

On another occasion, McKellen told Norton he was doing a concert at Buckingham Palace. As his dressing room was near the building’s iconic balcony onto where the Royal Family steps to wave to the masses. Who would blame Sir Ian for deciding to step outside and smoke a cigarette?

“I was standing out there smoking with a view of the Mall when there was a searchlight on me and a policeman down below shouted up, ‘Sir Ian, don’t forget you’re in Buckingham Palace!’,” the stage and screen legend recalled.

As if this couldn’t have gotten any better, McKellen’s appearance on the show concluded with what happened during his next visit to the Palace. “Six months later, I’m going along to get a medal on this occasion, and as we came through the gates, there was the same policeman. He said, ‘Oh, not you two again!’’

Buckingham Palace may not bring out the worst in people, but it does seem to make you go exploring like a kid again.