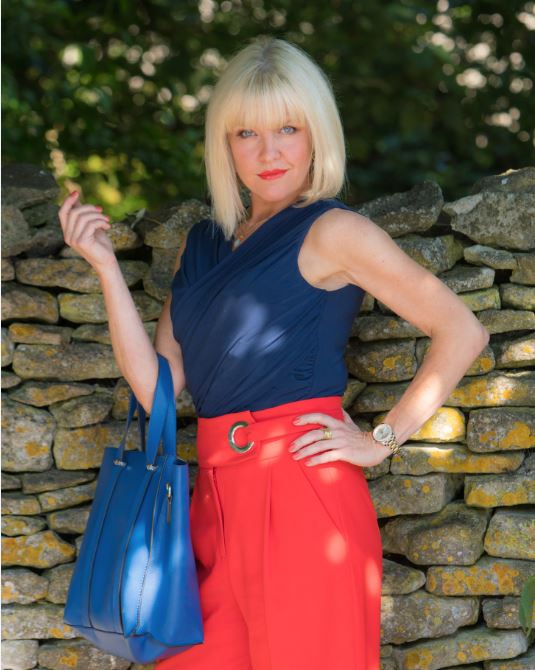 Making the streets of Cotswolds safe for another day, Agatha Raisin returns to solve murders in the gorgeous English countryside again beginning Monday on Acorn TV.

Three of M.C. Beaton’s novels, The Wizard of Evesham, The Curious Curate and The Fairies of Fryham, have been adapted for series 2 and extended into three 90-minutes mini-movies.

In advance of the premiere, we had the great good fortune to sit down for a few minutes with Agatha Raisin herself — Ashley Jensen — to talk a bit about what viewers can expect from series 2.

Tellyspotting: As with series 2, series 1 was based on books by M.C. Beaton. With the character of Agatha, from your standpoint, does it help you to have a fully fleshed-out backstory as to what she is like, other than just what might be written on the pages of the script?

Ashley Jensen: I think it definitely does. There are so many books written with elements that you can glean from. Things that I would never have known about. For example, there is a bit at the beginning of each book where she remembers going to the Cotswolds as a child. She had a terrible mother and father who were alcoholics and she always yearned to go back and it was where she wanted to live one day. So, it does help to have a basis to start from. Even though I’m probably physically not like what the character was like in the book, it helps me bring the essence of what Agatha is so that’s good enough for me.

TS: One of the things that is clear from both the books and from your portrayal of Agatha is that she is a very strong character and very driven. Driven enough to leave London behind to spend time it what was supposed to be the “quiet Cotswolds.” What initially attracted you to the character of Agatha? 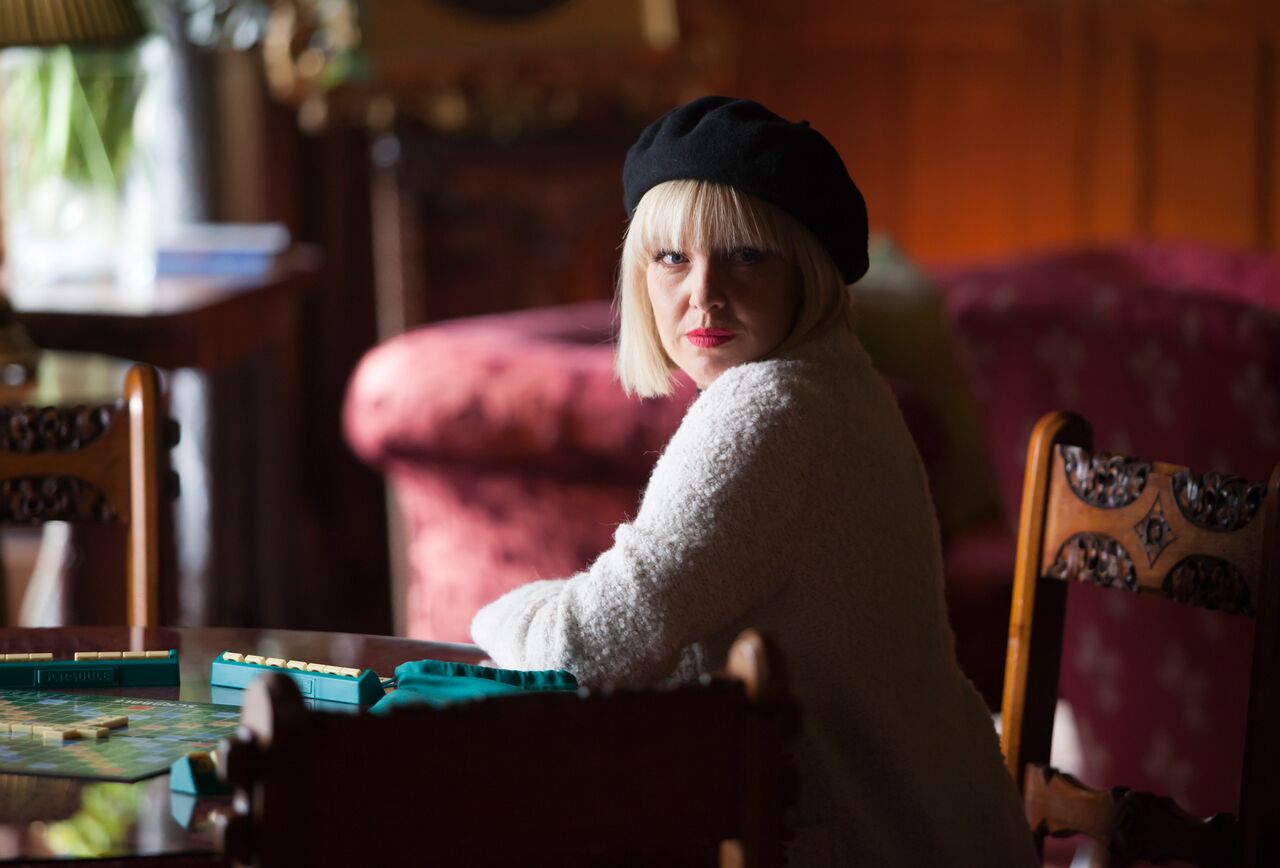 I always think it’s fun when a television detective has a silhouette or look. Agatha definitely has a very defined hair style, stance, the silhouette of the shoes, clothes, etc. She has an amazing wardrobe, let’s face it.

TS: I don’t mean to lump Agatha in with the Basil Fawlty or Doc Martins of the world, what it is about a character like Agatha who, I guess you could say, is slightly unlikable once in a while, but you find yourself cheering for them endlessly and you really want them to be successful?

AJ: I always think it quite funny as well when you see someone who is normally quite dignified and quite poised falling from dignity. It’s funny but it makes them sort of “real.” It’s like leaving a building with your skirt tucked in your underwear. It’s the sort of thing that people always do — not that it would happen to you, of course — but we all pretend that we don’t do. I think that within our show, we all have little moments where you see the real woman behind the bravado and you see little bits of vulnerability — where she’s drinking too much wine and she has a bit of a hangover. She’s always been open about her terrible love life, she doesn’t eat well, she does all these things that can make her quite believable.

TS: Looking at the role of Agatha, did you have to approach this differently from a career standpoint in that, all of a sudden, you’re the title character?

AJ: When I started doing television, nobody really teaches you in drama school how to do television, so I really did start at the bottom by doing things with one line or one scene. So, I worked my way up.

When you’ve been there, you realize how important it is when, all of a sudden, you are flagging the ship, you have to make it a ship that everyone want to be on and that everyone feels safe and able to play and be creative and enjoy themselves. I think that gets the best out of everybody. It felt good to me when everybody said “this is such a fun job.” I felt quite proud that we had achieved that.

Also, when you’re the main part, you can’t really afford to get ill, so you really have to take care of yourself, and I would routinely find myself taking more vitamins than the packet allows. 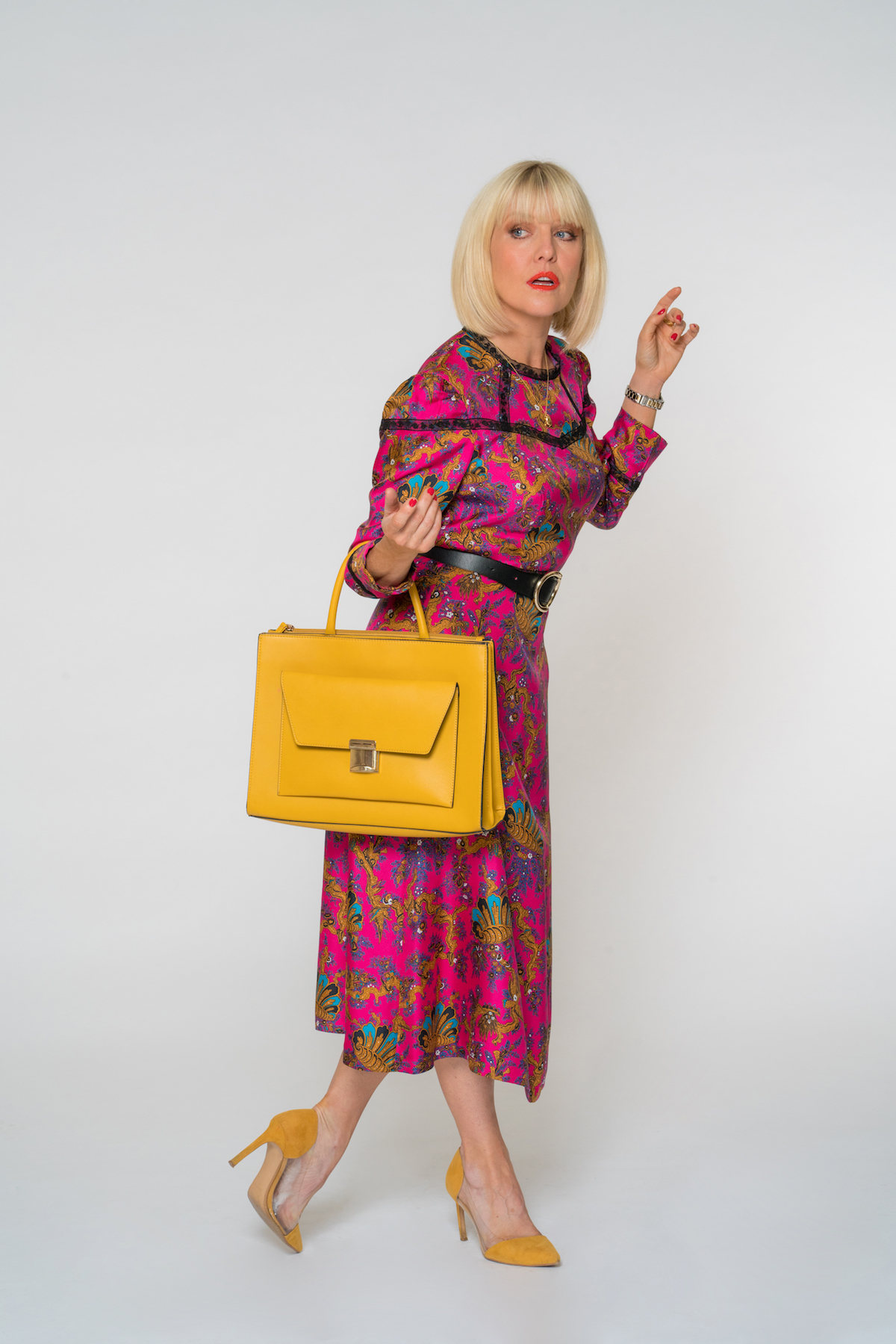 TS: Much of your career has centered around comedy. What did you watch growing up and what was funny to you?

AJ: There was a situation comedy that was on in the ’70s called Some Mothers Do Have ‘Em with Michael Crawford from Phantom of the Opera. A lot of it was very physical comedy and that’s something that always appealed to me.

Also, you think of Basil Fawlty. He was very physical as well. Even going back to things like Laurel and Hardy. Before dialogue came into practice, comedy was physical. It’s almost like clowning, really.

The character that Michael Crawford played, Frank Spencer, was very much about physical comedy. That’s what I grew up on and that’s what appealed to me. I love physical comedy as much as clever dialogue. I think what we have in Agatha Raisin is both really with eccentric characters, the funny, odd and quaint characters like in the Vicar of Dibley that we have our fair share as well.

TS: It also brings to mind Keeping Up Appearances and the physical nature of the character of Hyacinth throughout.

AJ: I loved Patricia Routledge in that role. Physical comedy is not something you see too much of at the moment. A lot of the comedy today is very quick-witted and very dialogue-based.

I do think that everybody likes a good bit of slipping on a banana peel once in awhile, don’t they.

TS: Thinking about the differences between Agatha Raisin and your time on Ugly Betty, is there a significant difference from a production standpoint between American and British television as to how things are approached?

AJ: I went from Extras straight into Ugly Betty, so I noticed a difference there a lot more. My grounding was mostly theatre. Once television started to outweigh theatre, people would ask me about the difference between British and American comedy, so I really had to start thinking about it.

One of the main things I noticed was that when I did Extras, it was almost like there was air that would hang after a line, but in Ugly Betty, there was a team of writers and it was quick-fire lines.

Also, I did a studio sitcom in America when I finished Betty. The interesting thing for me was, we did it in front of a studio audience. It was so immediate.

The American comedies I was doing were more about the rapid-fire dialogue and less about the pause. 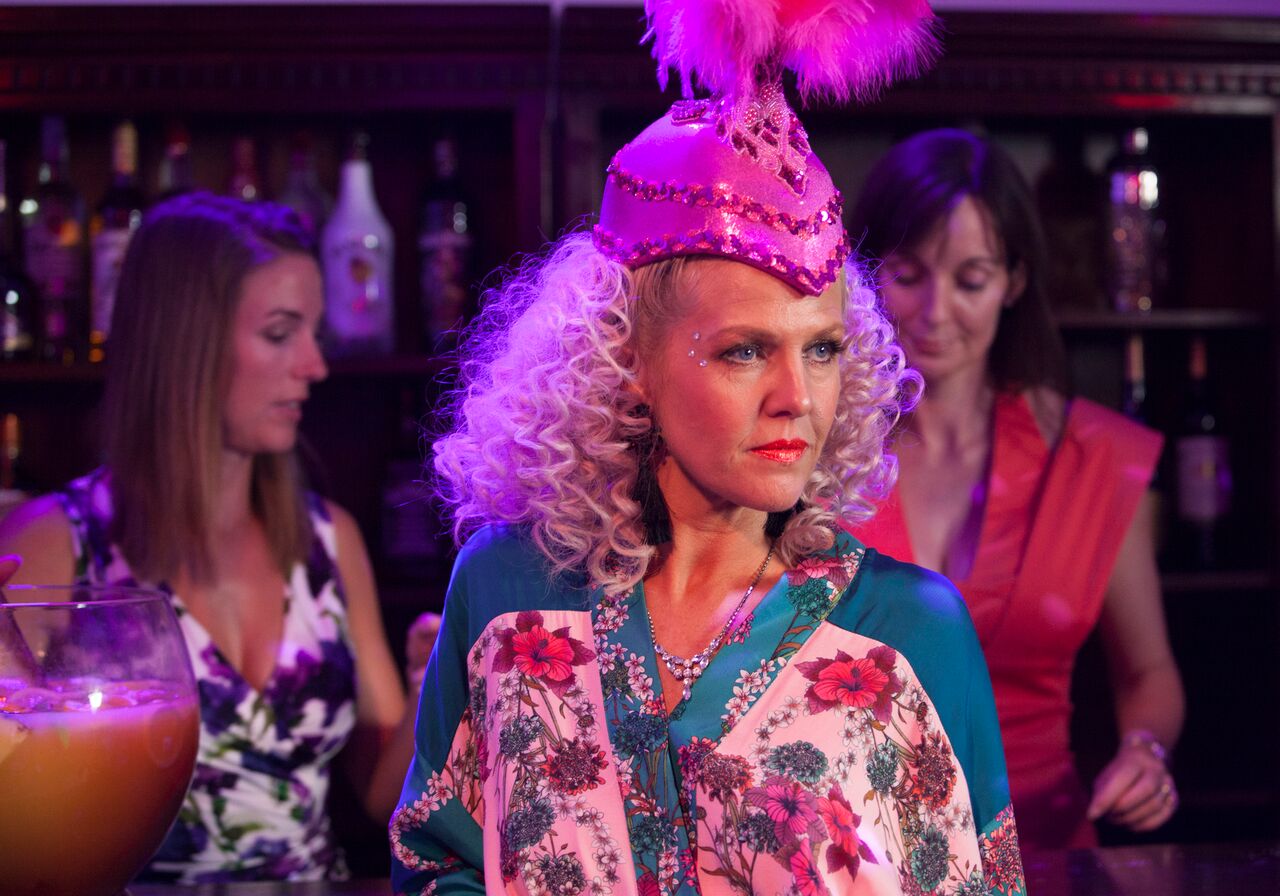 TS: Series 2 of Agatha Raisin is coming up. Without giving everything away and without divulging who commits every murder each week, what can viewers expect from Agatha in series 2?

AJ: Apart from the fact that it looks absolutely stunning, it’s bolder, braver and funnier. We’re now 90 minutes long, so there is more time for development. We get to know people’s relationships with each other, we get to understand the characters, we see a bit more of smaller characters. There are more red herrings so there is more guessing as to who did what, when.

Agatha’s romantic life is an interesting place as well. She’s less fixated with Captain James Lacey, although there’s still a magnetic pull there. Still a little bit of a Moonlighting will-they, won’t-they thing there towards the end. But she doesn’t waste her time just waiting this season. She gets out there and has a few dalliances with a few charming men.

Agatha Raisin fans may remember that the last episode of the first season, Agatha and James almost married in the episode called “Agatha Raisin and the Murderous Marriage.” James got cold feet when Agatha’s husband was murdered. He took off for Cyprus and the season ended with Agatha going after him: