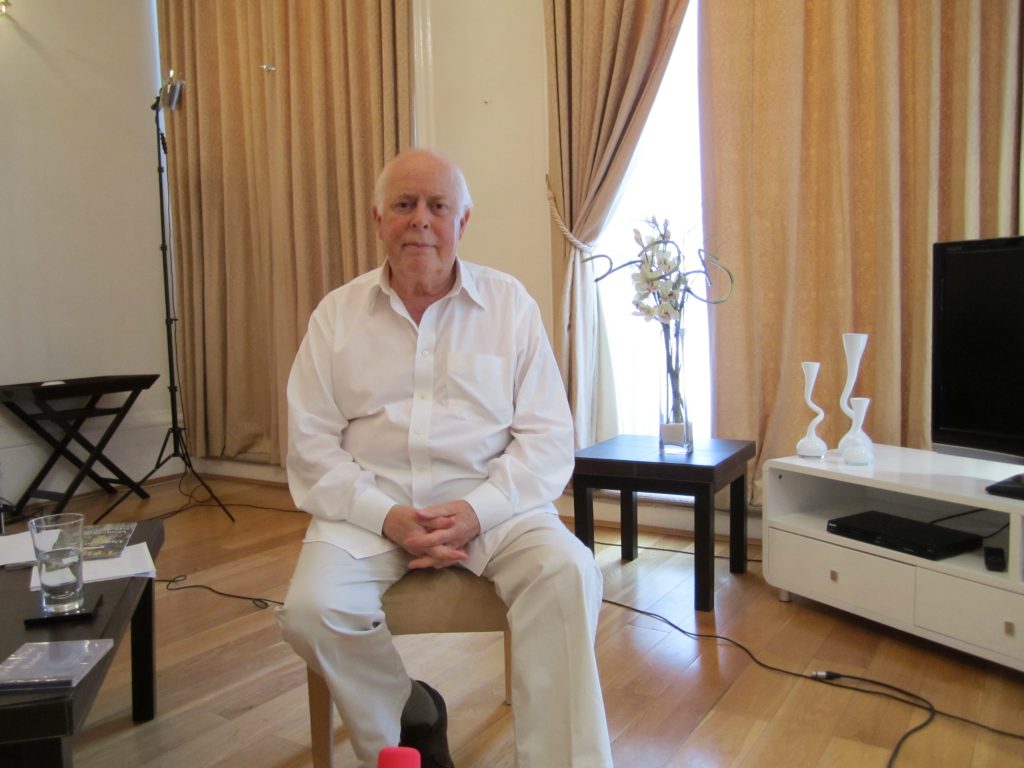 Clive Swift, known to millions as Hyacinth Bucket’s long-suffering husband Richard in the BBC One 90s sitcom, Keeping Up Appearances, died Friday after a short illness at the age of 82. Swift, who spent 10 years at the Royal Shakespeare Company before breaking into television, also acted in such series as Peak Practice, Born and Bred and The Old Guys, alongside Vicar of Dibley star, Roger Lloyd Pack.

Swift, who began the film portion of his long and very successful career in the 1965 Dave Clark Five film, Having a Wild Weekend, played opposite Dame Patricia Routledge in Keeping Up Appearances for 5 series spanning 44 episodes. He appeared in Alfred Hitchcock’s Frenzy, a number of Doctor Who episodes and, alongside Sir Patrick Stewart, played Hitchcock in a 2011 BBC 4 radio play called Strangers on a Film, a dramatization of the famous collaboration between Raymond Chandler and Alfred Hitchcock on Strangers on a Train.

During that time, Clive spoke at great lengths about the brilliance of his KUA co-star, Dame Patricia Routledge, in addition to a number of his British comedy peers in a career that spanned over 50 years. He patiently spent hours trying to explain his love of cricket to us going so far as to even invite us to Lord’s Cricket Ground, the first officially built ground for the game of cricket. To this day, I regret not taking him up on the invite.

R.I.P., Clive Swift. Thank you for the years of smiles and laughter, past, present and future.