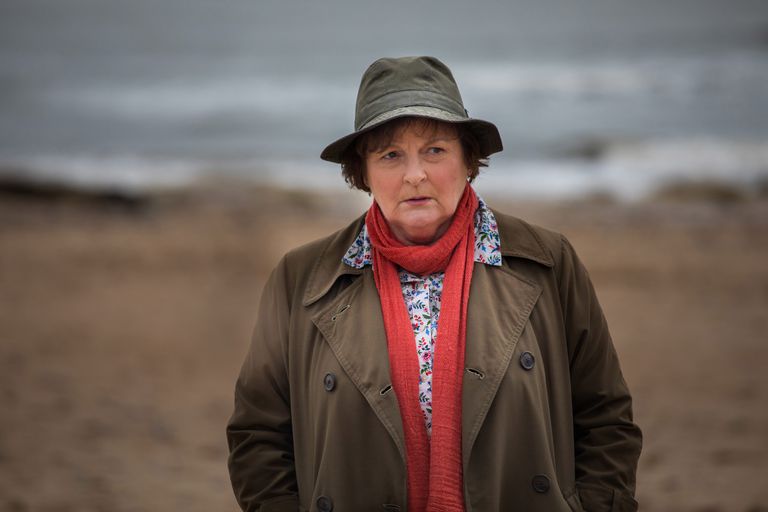 In keeping with our theme the past few days of announcing the return of some of your favorite series (i.e. Endeavour, Call the Midwife), ITV has officially announced that Vera will be back for a 10th season in 2020, with the brilliant Brenda Blethyn reprising her role as DCI Vera Stanhope. When filming begins in April, the two-time Academy Award nominee will once again don her trademark floppy, fishing tackle shop hat and make the Northumberland countryside safe for another year.

“Along with the rest of the cast of Vera, I’m delighted to be embarking on series [season] 10,” Blethyn said. “The enthusiasm and warmth shown to Vera has been overwhelming and we can’t wait to get started. Newcastle, here we come!”

Inspired by the best-selling novels and characters of crime writer Ann Cleeves, Vera S10 will consist of four feature-length episodes. Cleeves, who received the Diamond Dagger Award at the Crime Writer’s Association in 2017 for a lifetime achievement for sustained excellence, is understandably one of Blethyn’s biggest fans.

“She absolutely captures the spirit of the character,” she said. Cleeves explains on her website that the actress is also somewhat of a muse when it comes to creating new stories: “Now, I hear her voice when I’m writing dialogue for the books. She has that wit, humor and a touch of cruelty. I don’t see Brenda so much because my vision of Vera is uglier than Brenda, even dressed-down Brenda, but I do hear Brenda’s voice in my head.”

Vera season 10 begins filming in April 2019 for broadcast in 2020. Vera seasons 8 and 9 are currently airing on public television stations in the U.S.