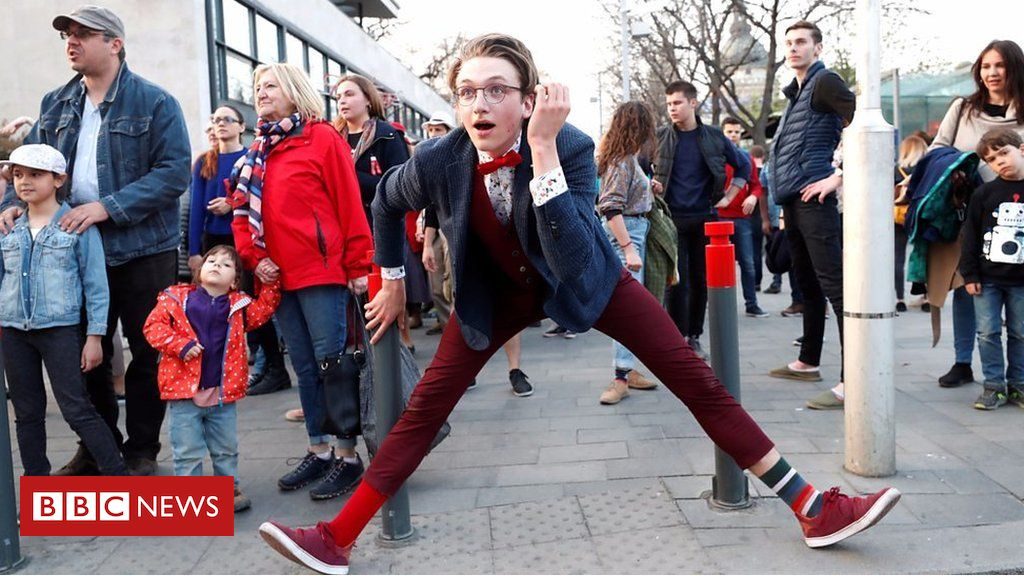 With the gathering taking place in the center of the city, the participants, including old and young people alike, held a one-minute warm-up session before setting off for a three-lap march near an underground station in the neighborhood of expensive hotels in central Budapest.

Inspired by a sketch in the 1970s comedy series Monty Python’s Flying Circus, where actor John Cleese played a civil servant walking in unusual ways to the “Ministry of Silly Walks,” Benedek Petrok, a 27-year-old education assistant who organized the march, said the event provided an opportunity for people to forget about their daily problems.

While some had been working for weeks on their specific silly walk so as to not suffer the same fate as Michael Palin at the hands of John Clesse, many of the Hungarian marchers were planning to improvise.

“I will perform a spontaneous silly walk, the outcome will be a surprise even to me,” said Borka, a 20-year-old student as her friend Timi, dressed in a neon green crocodile outfit, was finishing her warm-up routine.

Summing up the event perfectly, Valeria Meresz, a 68-year-old pensioner said, “I think life is serious enough and every once in a while it feels good to fool around a bit and just let off the steam.”

FYI, you have 361 days until the next parade, so there’s plenty of time to perfect your signature silly walk and head to Budapest in 2020.