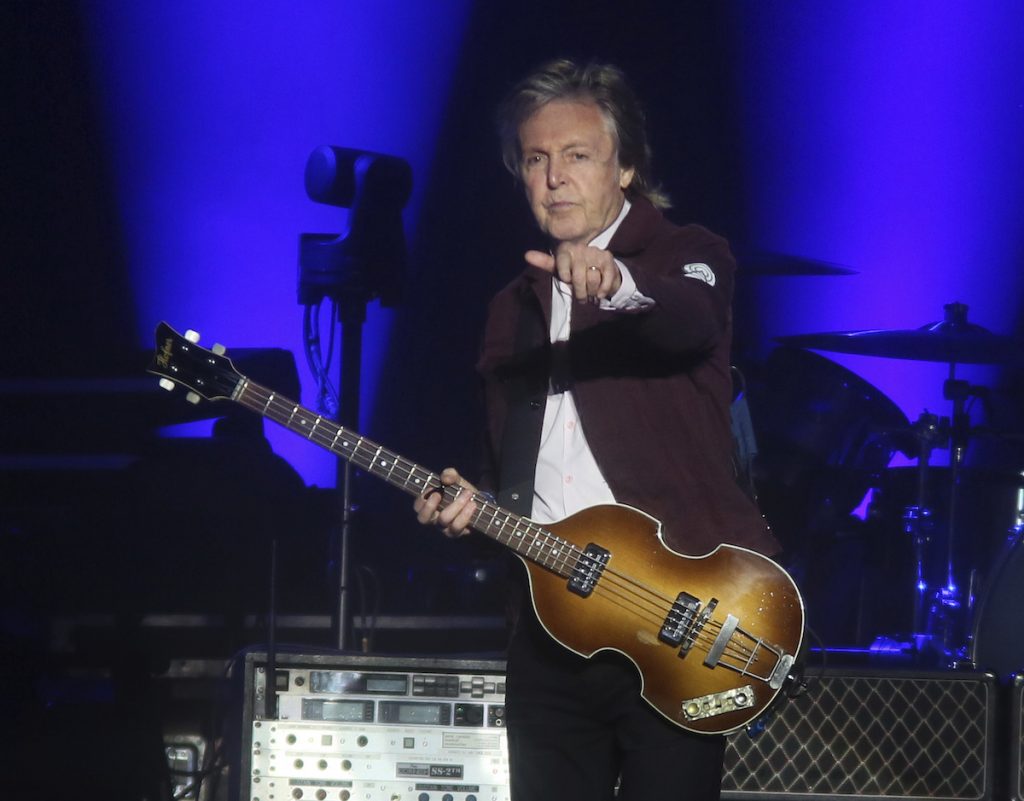 I feel like the following story has to have a ‘do not try this at home, these are professionals‘ disclaimer at the head before allowing readers to proceed. Yes, that was Sir Paul McCartney seen recently hanging out by the railroad tracks on Long Island, New York, and photographed leaving coins on LIRR tracks near his home in the Hamptons, then returning to collect them after the trains had gone through.

Now that the North American leg of his recent Freshen Up tour has concluded, Sir Paul has been living in the small New York town of Amagansett near his daughter Stella’s beach home. Even though his next project is to create the musical score for the It’s A Wonderful Life theatrical production, who knows whether or not he’s using his new guitar picks to write more new songs or relearn old ones remains to be seen.

While one might think for the majority of the free world that this would be a great way to save a few pennies as opposed to buying guitar picks (although we must point out that it is against U.S. law to deface currency), for someone who is reportedly worth in excess of £800 million pounds there has to be something else from a reasoning standpoint to make their own picks this way. It’s simple, really. The metal is strong, obviously.

The Knight of the Order of the British Empire isn’t the only member of the U.K.’s rock royalty to use coins for plectrums. Queen guitarist Brian May also uses sixpence coins as a makeshift guitar pick.