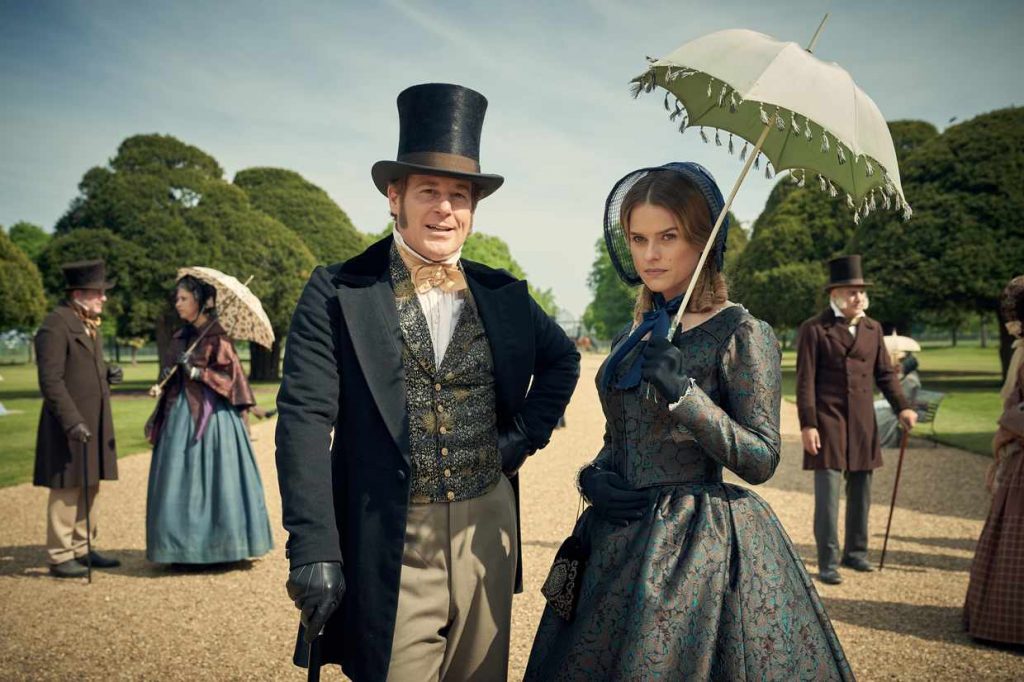 CARNIVAL FILMS FOR ITV
BELGRAVIA
Pictured: ADAM JAMES as John Bellasis and ALICE EVE as Susan Trenchard.
This image is the copyright of Carnival Films.

While Sir Julian Fellowes spent much of his early post-Downton Abbey series days slowly releasing his book in serial format via an online app in weekly installments, Belgravia turned into pretty much what one would expect from a Sir Julian Fellowes effort…complete with secrets, scandals and more drama than the law allows.

How Sir Julian found time to complete the television adaptation is probably worthy of a bit of a DVD extra given the fact there was also this little thing he was working on called Downton Abbey: The Movie which opened in September of this year. Along the way, there was also The Gilded Age for NBC, The English Game for Netflix, Five Arrows (a drama about the Rothschild banking dynasty), as well as a royal drama based on the Queen’s art collection in the queue for later this year.

Secrets, lies & scandals behind the doors of London’s grandest neighbourhood. Created by Julian Fellowes and from the producers of Downton Abbey.
First look of new drama #Belgravia 🎩
Coming in 2020 to @ITV pic.twitter.com/vbEcfJcFDS

The bulk of the action in Belgravia takes place 25 years later, when the two families are settled into the newly developed area of Belgravia. The events of the ball, and the secrets, still resonate. The series stars Tamsin Greig, Harriet Walter and Alice Eve, and will tempt Downton Abbey-Nation with  a “story of secrets and dishonour amongst the upper echelon of London society in the 19th Century”.

Produced by NBCUniversal’s Carnival Films, the creators of Downton Abbey, and commissioned by ITV, the six-part Belgravia will air in 2020 on ITV.