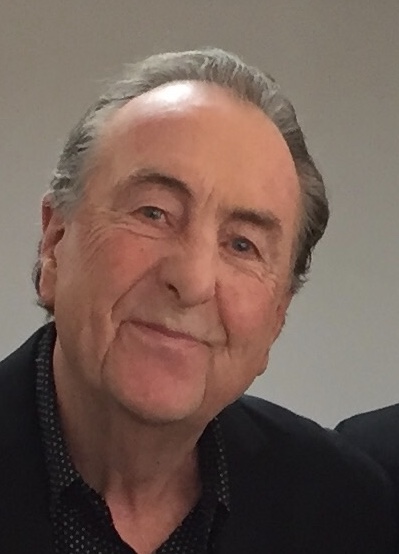 Following in the footsteps of  ‘Britain’s Nicest Man’, a.k.a. Michael Palin, Eric Idle becomes the next original Monty Python member to donate his archives which includes 50-plus years of notes, scripts, librettos, letters, scores and to-do lists as part of the Huntington Library in San Marino archive collection. Sir Michael donated much of his personal career archive to the British Library back in 2017.

Just how does one go about donating five decades of classic Pythonesque material? Idle, who lives in Los Angeles, explained recently to Patt Morrison of the LA Times that it wasn’t as difficult as one might think.

It happened because my wife and I sponsor something called the Idle Scholar, which brings somebody out from Pembroke College, Cambridge, to [fellow Python Terry] Gilliam’s college, Occidental, for the three months at the United Nations where they’re interning.

In the first year, we took the winner, a young lady, to the Huntington, and it was lovely. Then they showed us around the library, because we were all very interested in the new modern library which they’d finished building.

So I thought, all this would be great. I’d love for my stuff to be here. And they said you can — would you? And I said, of course, that would be fun. So that’s where we’ve gone, bit by bit.

Identifying what would be included proved to be somewhat more difficult, Idle explained.

It’s quite interesting going through your [storage] lockup, because you find all sorts of little gems. There’s all the Python stuff, you know, original scripts and typed-up first versions and all sorts of stuff, which is of interest to everybody but me.

I’m going through stuff too, which is of interest — to me, anyway: finding old scripts and things you’ve forgotten you’ve written. And there’s a lot of stuff, nice letters from people in the days when people wrote letters. There’s stuff from Mike Nichols and Carrie Fisher and really funny stuff that people wrote to me, and my [fellow Python] Michael Palin letters from over the years.

You save them because you don’t think they should be thrown away, but they are not much use to anybody except somebody researching who-knows-what in the future.

Why, you ask, the Huntington?

The Huntington is an extraordinary thing and people don’t know about it. I discovered it in the ’80s when I would go for tea because they have the greatest tea shop, Idle explained. Makes sense to me.