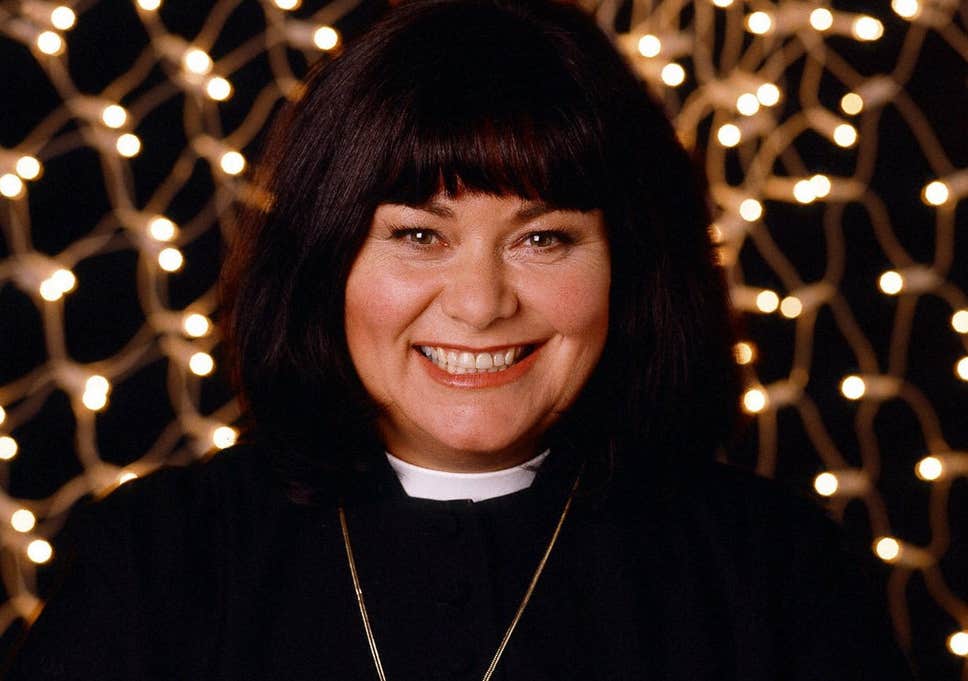 Dawn French in The Vicar of Dibley. Photo: BBC

Dawn French has confirmed she will reprise the role of Reverend Geraldine Granger in a much anticipated/long overdue revival of The Vicar of Dibley for next week’s The Big Night In on BBC1. This marks the first time in five years that French has portrayed the character as she last played Reverend Geraldine in a sketch for Comic Relief in 2015.

The Big Night In, which will bring together Comic Relief, BBC Children in Need and BBC One, will be presented by Lenny Henry, Matt Baker, Zoe Ball, Davina McCall and Paddy McGuinness, and will feature stars performing from their own homes and appearing via video link. In addition to French’s return as Geraldine, Matt Lucas and David Walliams will revive Little Britain for the first time in more than a decade and Peter Kay will make a long-awaited return to television as part of the charity telethon. Word is, Kay will be recreating his iconic Comic Relief music video to Tony Christie’s smash hit, “(Is This The Way To) Amarillo” for the event.

Formatted much like the recent One World: Together at Home special in America which was hosted by Stephen Colbert, Jimmy Fallon and Jimmy Kimmel, the money raised during BBC1’s The Big Night In will be split equally between Comic Relief and Children in Need and will go on to support local charities and projects in the UK, so they can continue to provide vital emergency support. The night is being designed to celebrate the people who are making a difference and help support those affected during these extraordinary times.

While it’s unclear as to what form the Vicar’s return will take, rest assured that filming for the sketch followed the Government’s guidelines around social distancing. A spokeswoman for the BBC said: “Until recently the Vicar of Dibley was self-isolating in the confectionery aisle of her local supermarket. But she is now back in her vicarage, from where, on April 23, she will deliver a message of hope.”

Not much else is known at this point about the Vicar’s return and it’s hard for me to imagine a Dibley Town Council meeting given the real-life passings of Roger Lloyd-Pack (Owen Newitt), John Bluthal (Frank Pickle), Liz Smith (Letitia Cropley) and Emma Chambers (Alice Horton, née Tinker).

The Vicar of Dibley ran for two full series and ten specials from 1994-2007 revolving around what was, at the time, a relatively new concept of a female vicar who moves to an eccentric Oxfordshire village called Dibley, which is assigned a female vicar following the 1992 changes in the Church of England that permitted the ordination of women.

In what seemed like a bit of Dawn French channeling Geraldine Granger or vice versa, Dawn said: “I’m back in the dog collar, back in the vicarage, and back on your telly as part of The Big Night In. Be there, or go to hell. Literally. I have some sway.”

The Vicar of Dibley will return for #TheBigNightIn!

“I’m back in the dog collar, back in the vicarage and back on your telly. Be there or go to hell. Literally, I have sway” @Dawn_French #TheBigNightIn @BBCCiN & @ComicRelief
Thurs | 7PM | @BBCOne & @BBCiPlayer pic.twitter.com/3bxBLZD79n

Since hanging up the collar, French has appeared in a number of specials and series including a couple of recent small screen successes with Delicious (Sky1) and The Trouble with Maggie Cole (ITV).

The Big Night In will screen from 7pm until 10pm on Thursday 23 April on BBC1.