As the days, hours and minutes continue to slowly tick off with Sanditon-Nation awaiting word on whether or not we will return to the ‘finest resort on the south coast’, here are a few bits courtesy of PBS’ Masterpiece series that will, hopefully, pass the time and make the wait a bit easier even if it is an ever so slight diversion. While there is no news of a 2nd season just yet, word is things could be heating up in the days to come. 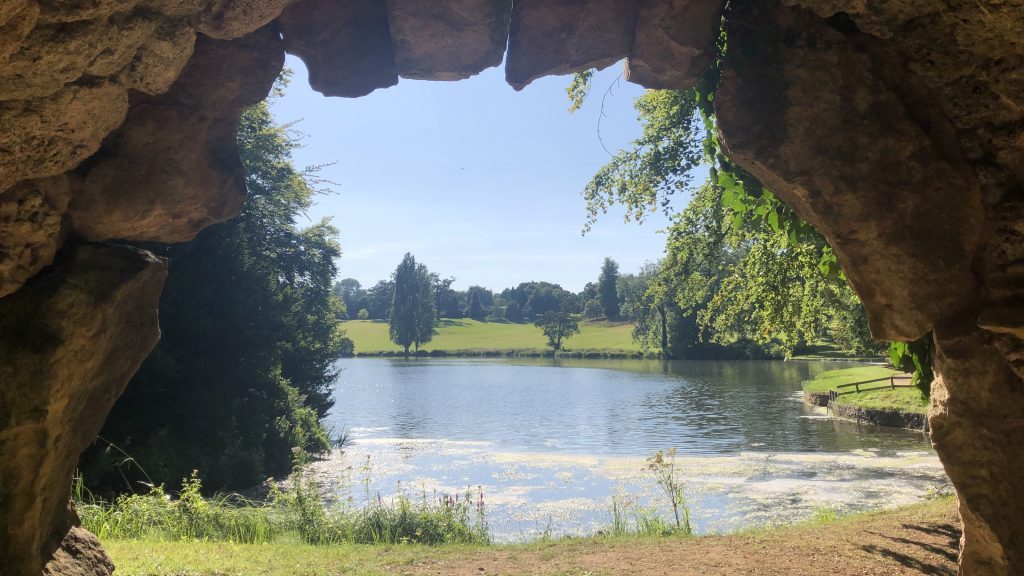 For Sanditon viewers, the beauty of Bowood House was on display in episode #7 with the shell grotto, waterfall, and lake in Episode 7, when a regatta comes to Sanditon. If you watched and were, perhaps, thinking to yourself, “Where have I seen this place before?“, you have a keen eye and you know your PBS drama series!.

History: This original house of this stately Georgian estate in the heart of Wiltshire was built in 1725, but it was the second Earl of Shelburne (who was named Marquess of Lansdowne after negotiating peace with America after the Revolutionary War) who added the property’s orangery (and a small menagerie that would later house an orangutan and a leopard!).

In the 1760s, renowned landscape designer Capability Brown (landscaper of Highclere Castle, the location for Downton Abbey) created a magnificent park that has been seen in numerous feature films and TV shows, including the Downton Abbey movie and, in Seasons 4 and 5 of Poldark, as London’s Hyde Park!

Did You Know? Fans of Downton Abbey will appreciate Bowood House’s historical contributions, as its orangery was set up as an auxiliary Red Cross hospital during World War I, and the main house was occupied by the Royal Air Force in WWII. 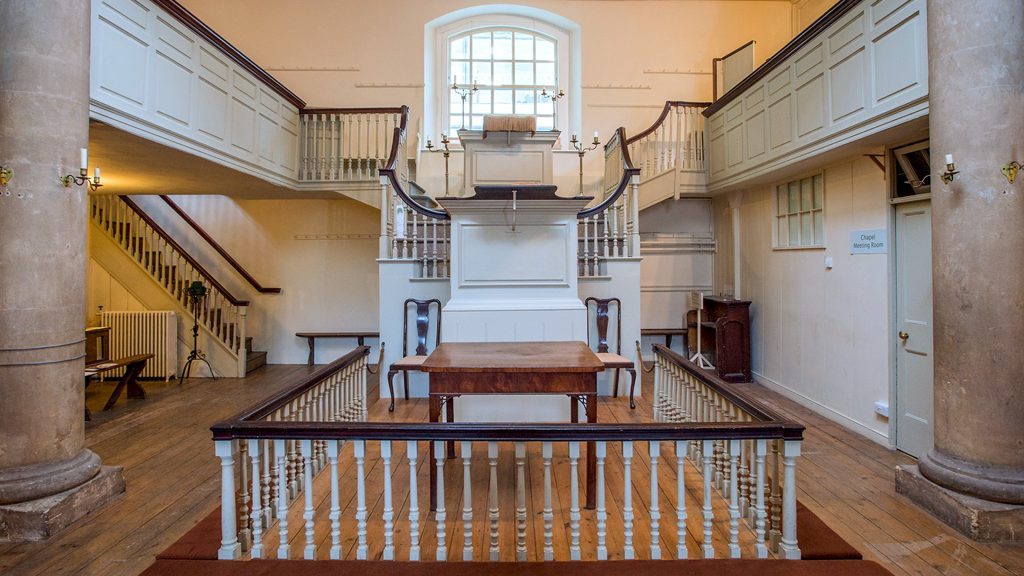 As Seen in Sanditon: In Episode 6, The New Room stands in for the Sons of Africa meetinghouse, where Otis Molyneux speaks before the group devoted to ending slavery.

History: The New Room (John Wesley’s Chapel) in Bristol is the oldest Methodist chapel in the world. Originally built in 1739, it was expanded in 1748 and used by Wesley and early Methodists as both a place of worship and a center for community service such as educating the poor and providing them with food, clothes, and medical care.

Did You Know? The New Room was the film location for the Bodmin Assizes Court, where Ross Poldark was tried on the charges of murder and wrecking at the beginning of Season 2 of Poldark. 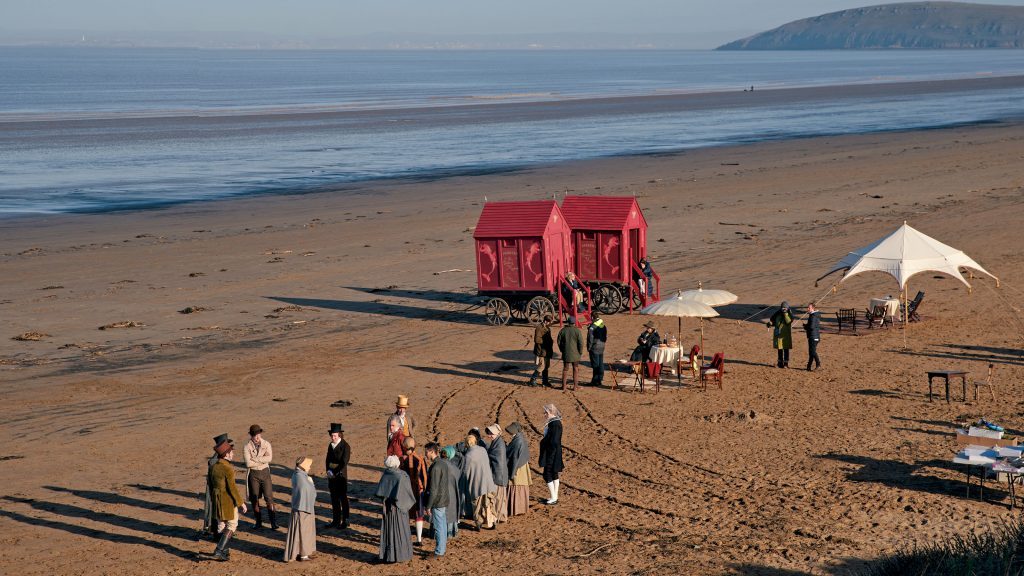 As Seen in Sanditon: The production filmed in the dunes and along Brean Beach for those sweeping shots that scream “resort,” such as the scene with the horse-drawn bathing machines set up along the beach though the actual bathing occurred at nearby Weston-super-Mare’s Marine Lake…in March no less.

History: At seven miles long, Brean Beach, in Somerset, is one of the longest stretches of sand in all of Europe. Low tides reveal Brean Beach’s wide, dramatic stretch of mud flats. Scenes were also shot on Brean Down, the 97-meter-high promontory that extends over a mile into the Bristol Channel, forming a natural pier. 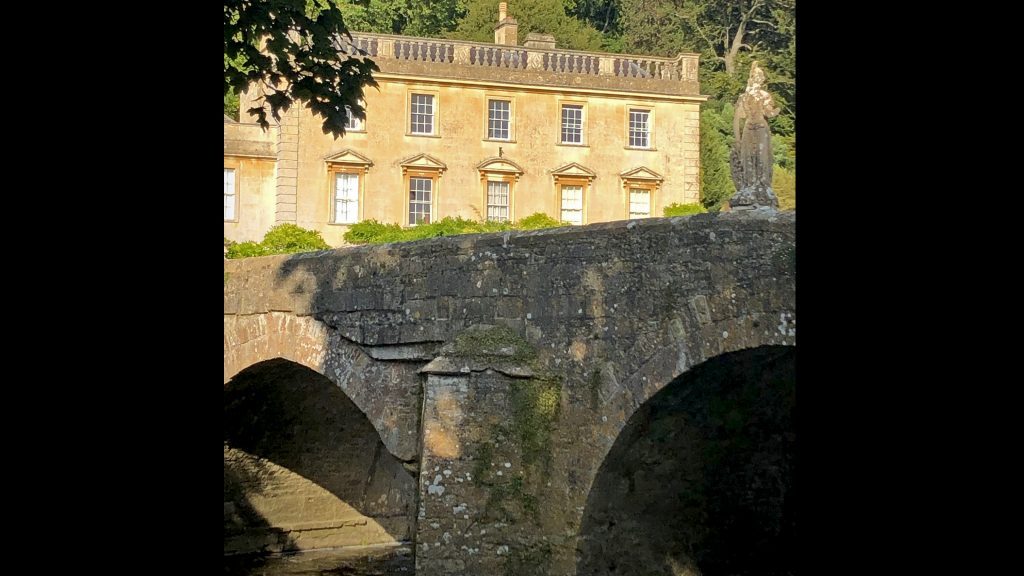 As Seen in Sanditon: The stone bridge at Iford Manor appears in Episode 1 of Sanditon, as Charlotte contemplates leaving Willingden and her father famously warns her to beware of…everything! Iford Manor was used for the Heywood family home’s interior, as well.

History: There’s been a dwelling on the site of Iford Manor, which was built in the late 16th century, since the Domesday Book. Located at the Willtshire/Bath border, Iford Manor was a central player in the history of Britain’s wool industry. But it’s perhaps the beautiful, Italianate Peto Gardens, deemed “Grade 1,” or of exceptional interest and national importance to Britain, that make the stately home one of Britain’s best kept secrets.

Did You Know? The Peto Gardens is a key location in the upcoming 2020 adaptation of The Secret Garden, starring Colin Firth and Julie Walters—and with production design by none other than Sanditon‘s production designer, Grant Montgomery!

Hopefully, even it if was just for a few minutes, you were able to return to Sanditon without thinking about the fact that another day has passed without any news.