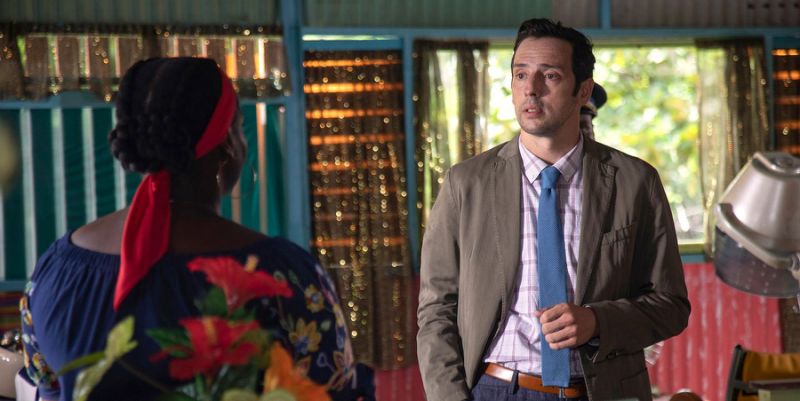 As we reported recently, cast and crew of Death in Paradise have returned to the French Caribbean island of Guadeloupe to begin filming of series 10 of the popular BBC One series. It’s a huge tribute to series creator, Robert Thorogood that over the course of the last decade, while suffering more cast changes than the law should allow, it has consistently placed among the top dramas broadcast on the BBC from an audience standpoint.

While critics will say the premise for each episode is formulaic at best, you can’t argue with the fact that the scenery is stunning, the writing is top-notch, the supporting cast working in the Honoré Police Department (whether led by Ben Miller, Kris Marshall, Ardal O’Hanlon or Ralf Little) is perfect from Don Warrington to Danny John-Jules to Josephine Jobert to Sara Martins to Gary Carr to Tobi Bakare to Élizabeth Bourgine and the writing is spot-on. 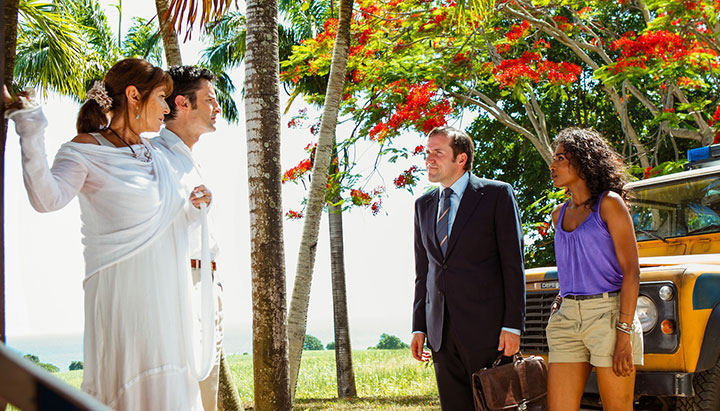 In other words, the critics can say what they want but, all in all, DIP works. Amidst all the cast changes, those involved with the production have continued to keep the series fresh by constantly challenging themselves to deliver both a program that they are proud of and that the audiences enjoy. When you combine enjoyable escapism with a good story, how can they not!

According to Drama Quarterly, Death in Paradise began with a competition. Series creator Robert Thorogood entered his idea for a series about a ‘Copper in the Caribbean’ into the Red Planet Prize, a contest set up by UK production company Red Planet Pictures in 2007 to unearth new writing talent. Thorogood was a finalist in 2008, but his pitch was subsequently picked up to series by BBC1 and France Télévisions, with the show launching in 2011. 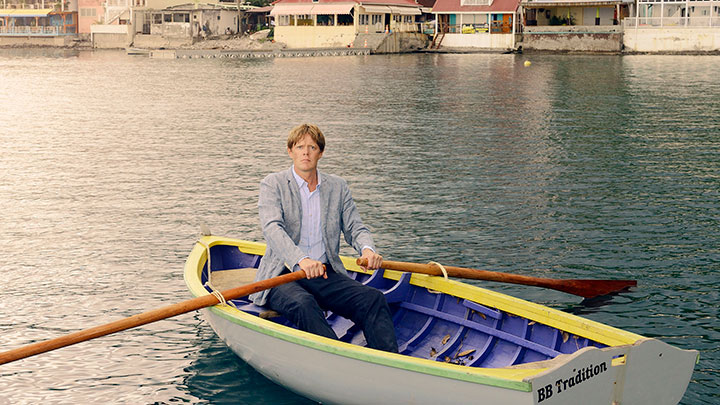 Thorogood’s idea was actually inspired by the real-life story of a British police officer who went to the Caribbean to investigate a suspected murder during the Cricket World Cup, with the series setting up a fish-out-of-water tale about a quintessential English cop who is posted to the fictional island of Saint Marie, and discovers it is his idea of hell. 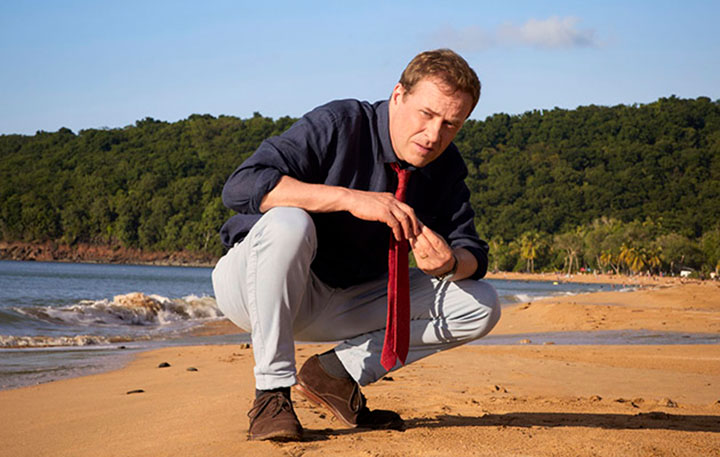 Being one of the first UK productions to return to filming since the coronavirus-enforced shutdown has presented a number of challenges for Red Planet Pictures but not any that they weren’t prepared for. Red Planet’s Alex Jones admits that what the critics have issue with has worked to their advantage as they return to filming.

Here’s more on how Death in Paradise returned to Guadaloupe to begin series 10 production in recent weeks. Current series of DIP are running on public television stations around the U.S. with series 10, hopefully, coming to a PBS station near you in 2021.