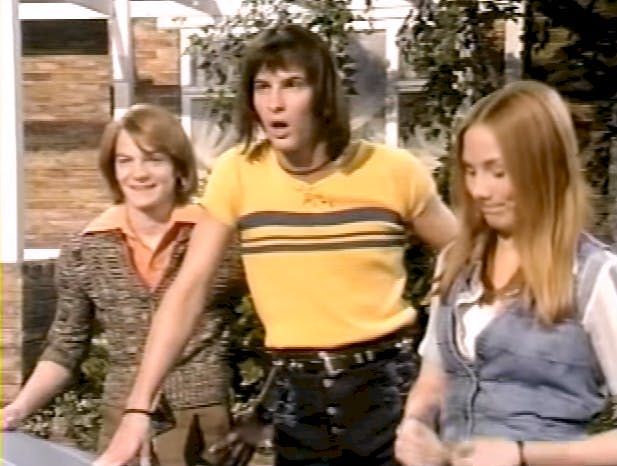 Days Like These. British remake of That 70’s Show. Photo: ITV

If you been with Tellyspotting as a P1 since Day 1, or if you have joined the conversation at any point over the course of the last ten years, you are probably acutely aware of my lack of tolerance for poorly done American television remakes of British television output.

This holds true mostly in the comedy and drama genres, as one can’t really argue with the American versions of the likes of Antiques Roadshow or any of the unscripted reality remakes such as Dancing with the Stars, American Idol, America’s Got Talent, etc. They are what they are.

That said, it never dawned on me that when the tables are turned, the track record is not much different when you look at UK attempts to remake American situation comedies, even ones were considered quite popular from an audience standpoint.

Here are a four examples I found to easily illustrate my point:

To give you a quick sense as to how this fared when it broadcast in 1999 on ITV, only 10 of the 13 episodes produced were broadcast, while its American counterpart, That 70’s Show, ran for eight seasons and 200 episodes. The UK version was directed by Bob Spiers, who directed the second series of Fawlty Towers, the early series of Absolutely Fabulous and worked as director/producer on a number of well-known British sitcoms including Dad’s Army, Are You Being Served?, Murder Most Horrid, French and Saunders and A Bit of Fry and Laurie.

2. The Fosters (Good Times in the U.S.) with a young Lenny Henry!

Lasting only one season (7 episodes), Married For Life was a failed remake of the mega U.S. hit, Married with Children, which aired for 11 seasons and 262 episodes. The short-lived series starred Russ Abbot and featured a young Hugh Bonneville and an early appearance by Rob Brydon (Gavin & Stacey).

4. The Brighton Belles (Golden Girls in the U.S.) with Wendy Craig from Butterflies!

Unfortunately, even with the stellar cast involved including Sheila Hancock, Wendy Craig and Sheila Gish, this series lasted only one series (11 episodes) in 1993-94. Unlike its infinitely better America cousin, Golden Girls, which aired for 7 seasons and 180 episodes, poor ratings caused it’s early demise on ITV.

America and the UK may very well be ‘two nations divided by a common language’ but, somehow, when it comes to comedy, that divide seems to be larger than the Grand Canyon. I’m sure there have been exceptions to the rule, just as there have been with American remakes of British television but other than Law and Order UK, I haven’t found any.

Even with the examples above, I think America is painfully way ahead of the game in creating failed remakes of their UK counterparts over the years. While some will point to The Office, Sanford and Son and All in the Family as shining examples of remakes that worked, for every one of those there’s the 3 American attempted remakes of Fawlty Towers, not to mention the failed American versions of The IT Crowd, Red Dwarf, AbFab, Men Behaving Badly and Coupling.