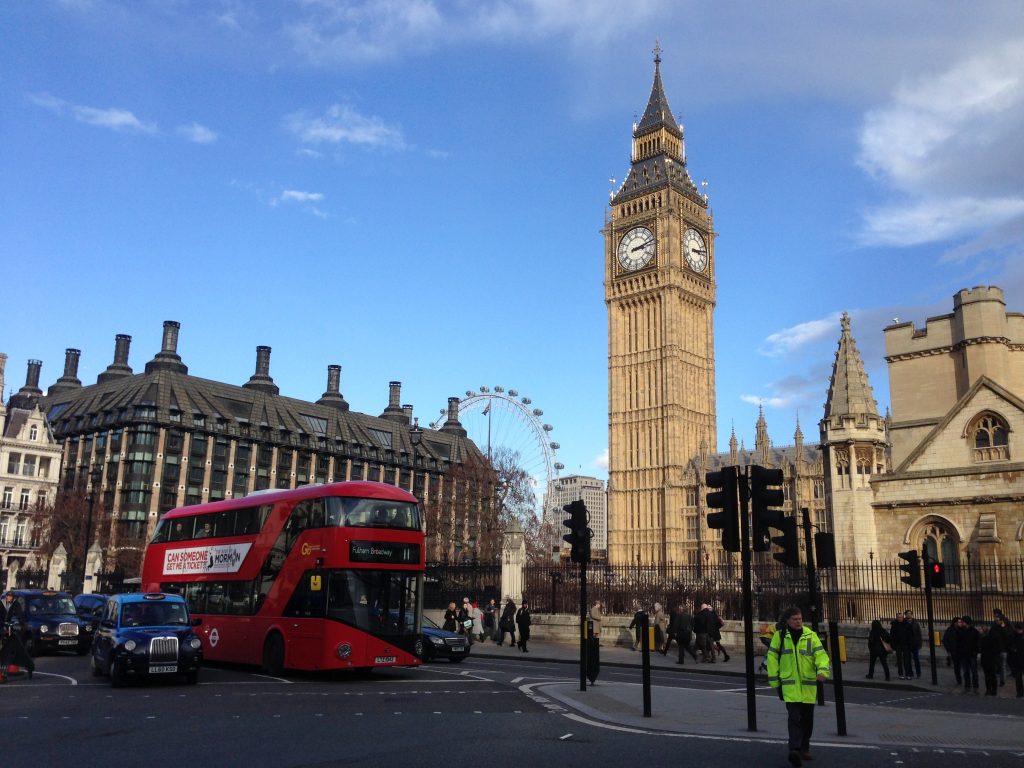 Twice a year, while many of us grouse about having to remember how to change the clock in the car, the clock on the microwave or even on your landline phone (if you’re the one that’s still in possession of one), imagine being tasked with having to change Big Ben‘s clock.

Just imagine being the individual that is charged with changing the time on the Elizabeth Tower’s Great Clock, which also has to be changed twice a year so that millions of Londoners know precisely when to get home to catch Eastenders,  Coronation Street or, given it always happens on the weekend, Ant & Dec’s Saturday Night Takeaway!

If truth be told, most of us just check the time on our smartphones these days which, thankfully, change automatically. The Great Clock has to be changed manually to adjust for the changes between British Summer Time (BST) and Greenwich Mean Time (GMT).

According to Secret London, the responsibility for changing the clocks lies with the very regal sounding Palace of Westminster Clockmakers, who each spring and autumn must scale the tower to add or remove the necessary hour. The process is so precise that not a minute can be spared, and begins well in advance of the clocks actually springing forward.

It all begins at around 9pm local time, when the clockmakers silence the strike mechanism and reset it for 2am BST or GMT (depending on whether the clock is going forward or back), which will keep the hour chime silent until then. This is followed by the silencing of the quarter chimes something that most Londoners have been experiencing since August 2017 when Big Ben actually bonged its last bong while undergoing a £29 million refurbishment project.

At this point, the  clock is still telling local time, but just isn’t announcing it to the world. Next, it’s time for the dial lights in the clock face to be switched off, leaving the Great Clock in the dark until a few minutes before the big moment. This is mostly to ensure that the public don’t think Ben – or worse, time itself – is having a freakout when the hands start spinning.

Once the lights are off, it’s time to move the clock hands to the new midnight (again, this can be BST or GMT depending on the season), taking great care not to go a moment too far, or the whole process will have to begin again. There’s a bit of a time crunch here, because during the movement of the hands, the gravity escapement – which regulates the clock’s accuracy – has to be released, and if it’s not back in time, the clock won’t be running smoothly.

In the time leading up to the new midnight, the team carries out maintenance on the clock and its mechanisms. At the precise midnight moment, the going train is started, and the clock starts ticking once more; this means that the Great Clock will actually be telling the wrong time for a little while, though thankfully no-one is able to see it. For the next two hours (until the new 2am arrives and all your electronic clocks automatically change), the clock runs without any chimes, which allows the team to monitor the accuracy and make any adjustments as needed, until Big Ben’s clock is running perfectly.

With fourteen minutes to go until 2am, there are no quarter or hour chimes left until the big reveal, so both mechanisms are switched back on (again, renovations prevent this from happening at present). Lastly, with a couple of minutes to spare, the dial lights are switched back on, in the order of the West clock face first, and then South, East, and North.

Then, when the clock strikes 2am, everything should now be in perfect working order! Now, don’t you feel better about changing just a few clocks around the house twice a year?

Thanks, once again, to Secret London for shedding some light on this herculean effort. Now, if we can just get that scaffolding down….