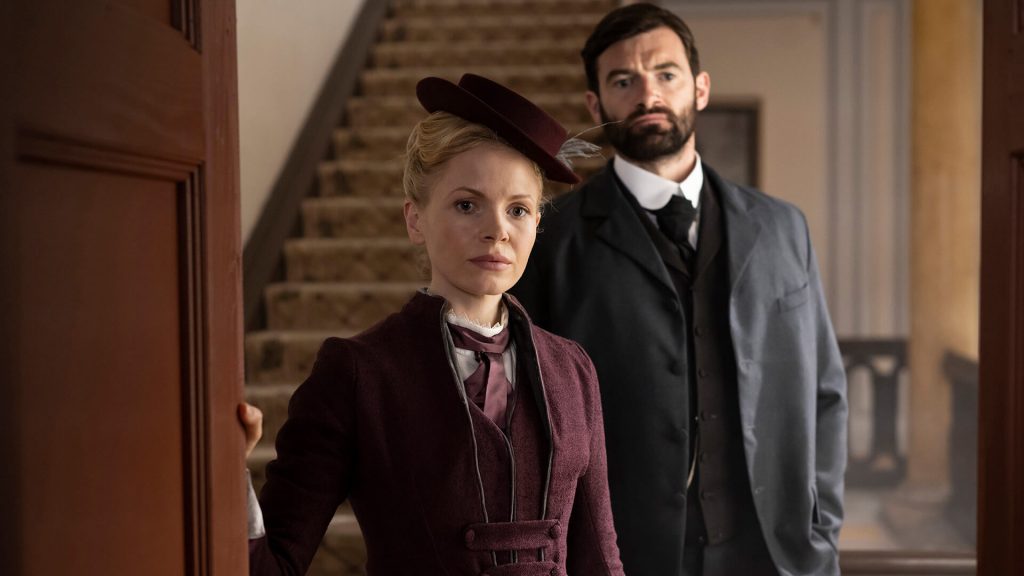 Kate Phillips and Stuart Martin return for a second series of Miss Scarlet and The Duke. Photo: PBS Masterpiece

Once again, set in the dark underbelly of Victorian London, series 2 of Miss Scarlet & The Duke will return to PBS’ Drama Sundays in 2022. Starring Kate Phillips (Peaky Blinders, The Downton Abbey Movie, Wolf Hall and The Crown) as Eliza Scarlet, and Stuart Martin (Jamestown, Babylon, Medici) as The Duke, Miss Scarlet & The Duke began filming earlier this Fall.

Although series 1 was filmed entirely in Dublin, filming for series 2 primarily takes place in Belgrade, Serbia which, I guess, must resemble Victorian London. After being told that the series had been described as a Victorian Remington Steele, series director Declan O’Dwyer (Robin Hood, Merlin) described the show more as “a Victorian Moonlighting”, but did say he loved Remington Steele.

In an interview with Andrew-Gower.co.uk, O’Dwyer said that the series “…doesn’t take itself too seriously – but it does expose the prejudices society put on women in the Victorian era and draws many parallels to society today.”

We had the great good fortune to interview Rachel New following the successful conclusion of series 1 where she talked about creating the character of Miss Scarlet, the relationship between her and ‘The Duke’ and gives a sneak peak into what’s in store for series 2. Look for that interview here next week.

Series 2 of Miss Scarlet & The Duke will air in 2022 on PBS Masterpiece.