Armed with an IQ of 156 and a PhD in Forensic Science, popular Father Brown character Sister Boniface is deservedly getting her own spin-off series based on the character who first appeared in episode 6 of series 1 of Father Brown, “The Bride of Christ”.

The initial 10-part series has been created and written by Jude Tindall (Father Brown, Shakespeare & Hathaway) and will be executive produced by Will Trotter. Just a tad bit removed from the 1950s setting of Father Brown, The Sister Boniface Mysteries will be set in 1960s England (rural Warwickshire, to be exact) but still deep inside a world where DNA has yet to be discovered, blood testing could take days, the notion of trace evidence is still in its infancy and the preservation of crime scenes is not commonplace.

Thankfully, there’s a secret weapon living in St. Vincent’s Convent, which houses a small community of wine-making nuns, by the name of Sister Boniface. Sporting a fully-equipped crime laboratory at her fingertips, Sister Boniface is an invaluable asset to the Great Slaughter Police Department. 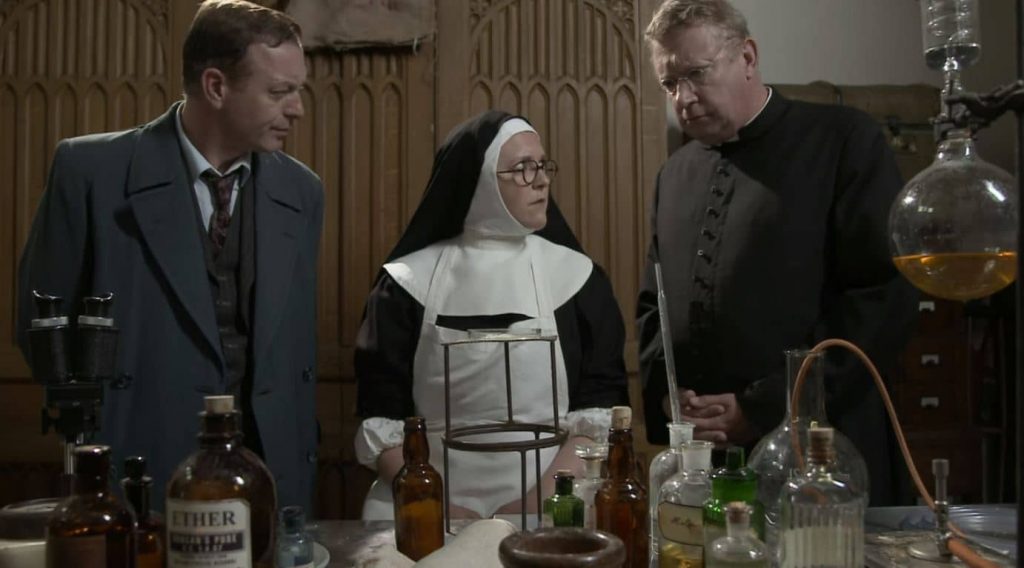 Lorna Watson will reprise her role from the popular BBC1 daytime series, which will focus on light-hearted “cozy” mysteries in a similar vein to Father Brown which stars Mark Williams as the crime-solving Roman Catholic priest. The early word has Mark Williams – Father Brown himself – making a special appearance in the series. 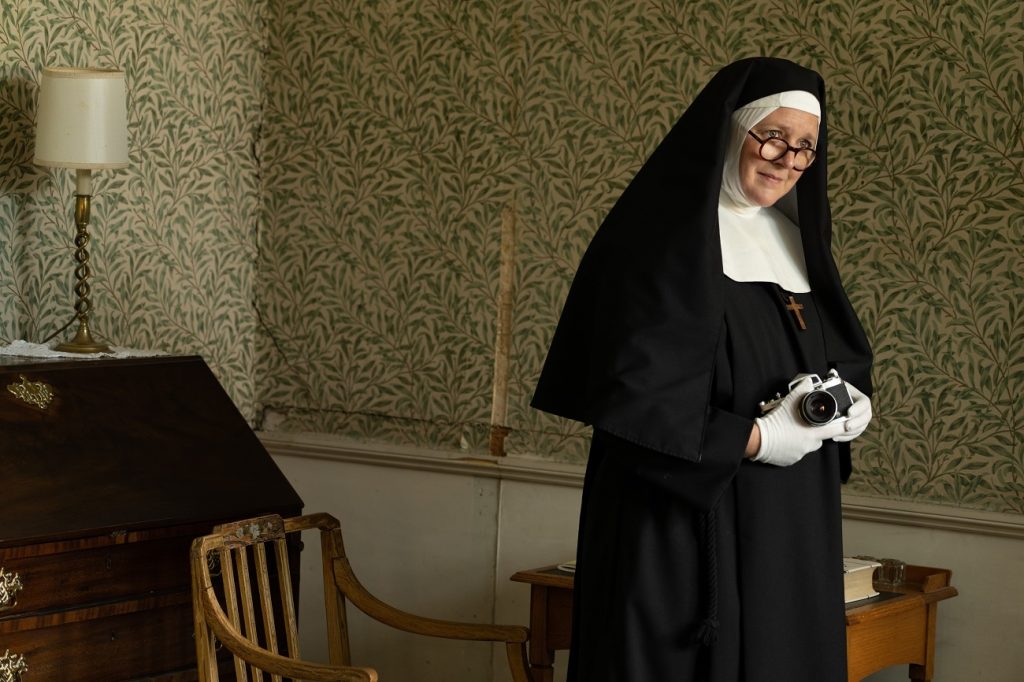 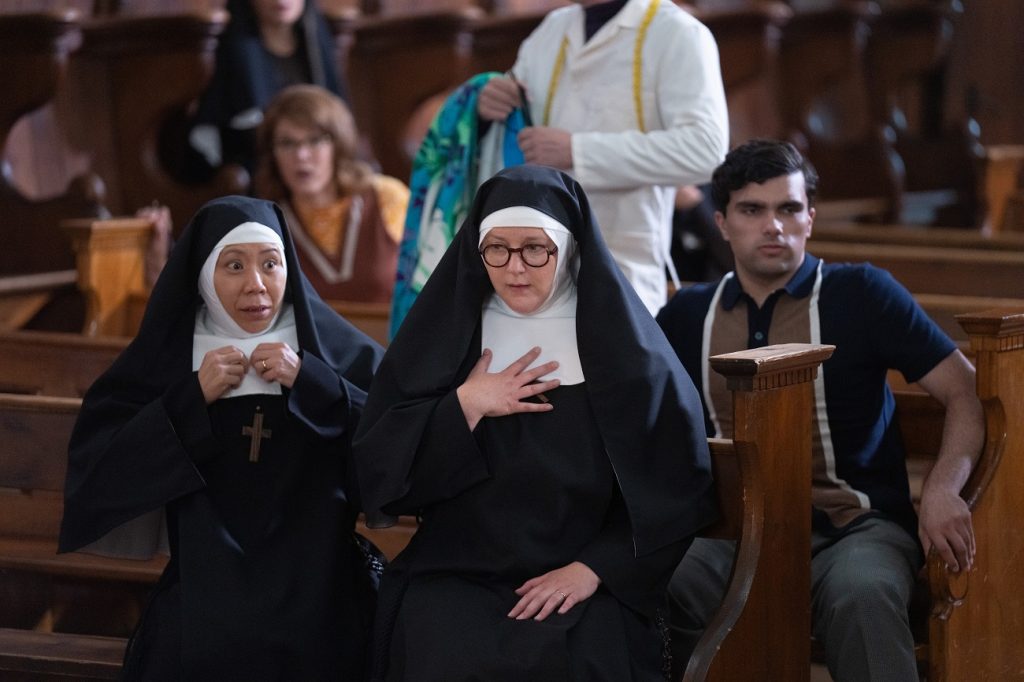 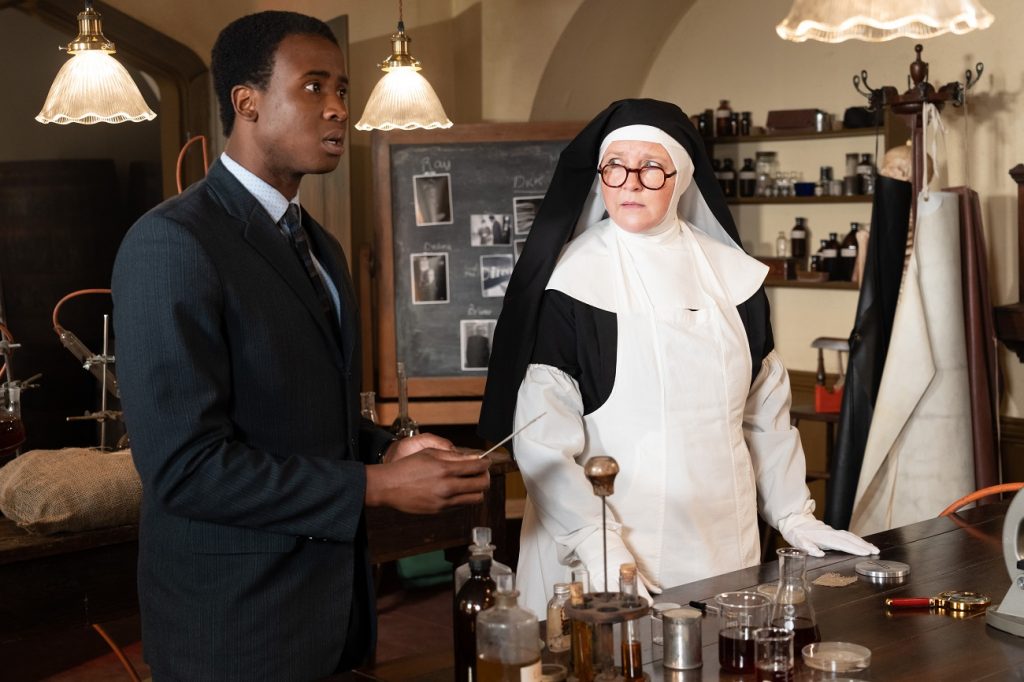 According to a BBC press release, Sister Boniface will not be ‘meddling’ but will ‘officially’ be the Police Scientific Advisor and work alongside DI Sam Gillespie and DS Felix Livingstone. Livingstone was supposed to be on his way to the Metropolitan Police but an administrative error landed him in Great Slaughter. Just the thought of the boss’s reliance on a nun leaves him reeling. Even with DI Gillespie pointing out that having a nun on the payroll ensures “…they have the highest clean-up rate in the county” isn’t that re-assuring to the junior officer.

Speaking about the new show, Watson said, “I can’t wait to get back in the habit and fight crime in The Sister Boniface Mysteries! She is such a fun character to play. Quirky, funny, endearing and a total brain when it comes to forensics. In many ways she’s ahead of her time and I love her for that. It’s not every day you get to play a crime solving, Vespa driving nun.”

Principle filming for The Sister Boniface Mysteries in 2020-21 was delayed due to COVID which pushed back the original plan for a 2021 release. The Father Brown spin-off now has a 8 February date on BritBox North America with hopes of a public television broadcast later in 2022 in America.