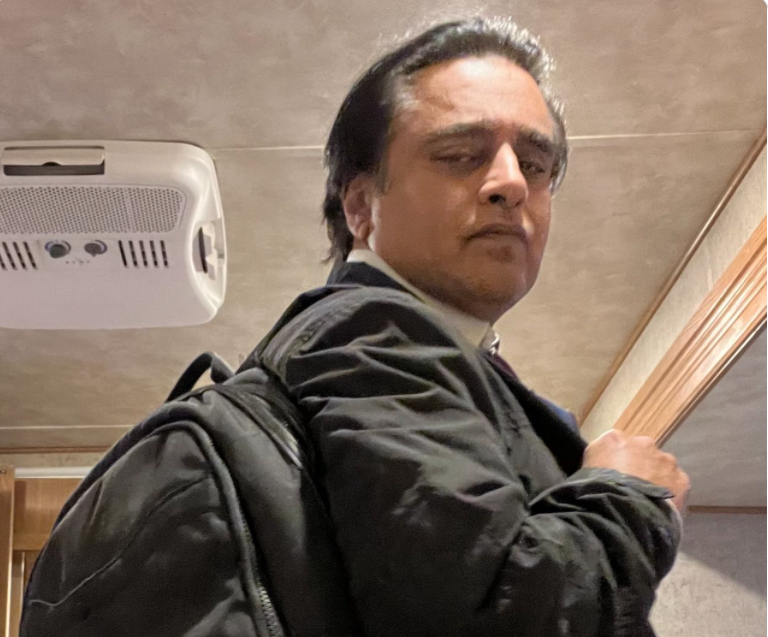 With filming underway and with the recent announcement that Sinéad Keenan would be joining Sanjeev Bhaskar (DI Sunil ‘Sunny’ Khan) ‘and his rucksack’ for the forthcoming S5 of Unforgotten, writer/creator Chris Lang has created a brilliant way to help support Ukraine and be an extra during production, hopefully, not as the victim or the suspect.

@ChrisLangWriter took to Twitter recently with the fundraising initiative which gave Unforgotten fans an opportunity to bid for the chance to be an extra on the show for a minimum of £500.

In the meantime, Sanjeev Bhaskar made sure with all the changes happening in series 5 that any potential fears in the mind palaces of concerned fans of the series were silenced with the knowledge that his rucksack made the cut.

Back on the case. Case on the back. #unforgotten #unforgotten5 #sunnysbackpack pic.twitter.com/K5PFysBH9L

Series 5 will pick up not long after the end of the last story with DCI Jessica (Jesse) James and DI Khan thrown into a murder investigation, following the discovery of remains inside a newly renovated property. Hopefully, the winning bidder to be an extra doesn’t end up to be just the remains that are discovered.

Look for Unforgotten later this year in the UK and in 2023 on PBS.