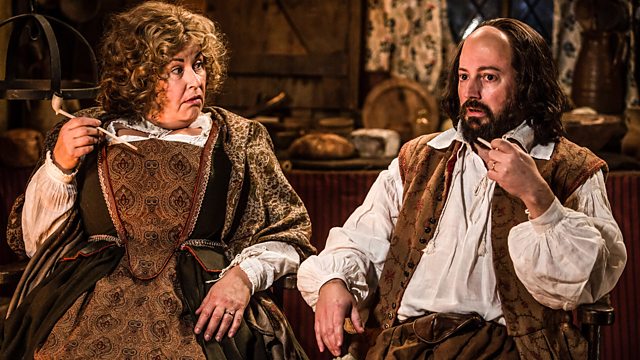 This coming Saturday, William Shakespeare would have been a mere 458 years old. While his true birthdate remains a mystery (he was baptized on April 26, 1564), it is generally celebrated on April 23,  the same day England’s patron saint is celebrated with a laundry list of ‘happenings’, St. George’s Day.

It was a mere 406 years ago on the very same day in 1616 that the English poet, playwright, actor, world’s greatest dramatist and one who is widely regarded as the greatest writer in the English language, passed away at the age of 52.

Written by Ben Elton, Upstart Crow, the BBC Two sitcom premiered in 2016 to commemorate the 400th anniversary of Shakespeare’s death. Centering around the early days of the aspiring playwright, who wishes to overcome his humble origins, Shakespeare is determined to make a name for himself in London and continue to be a good husband and father for his family. Shakespeare commutes between his family’s home in Stratford-upon-Avon and Central London, where he does most of his work.

With three seasons in the books, events in each episode allude to one or more of Shakespeare’s plays and usually ends with Will discussing the events with Anne. The end result is Shakespeare being either inspired or dissuaded from using them in a future work.

Complete with the obvious Shakespeare references and the occasional nod to other television sitcoms, such as Blackadder and The Office — plus numerous running gags involving Shakespeare’s coach journeys between London and Stratford, referring to modern motorway and railway journey frustrations — Upstart Crow is reminiscent of old school British situation comedy.

Alongside David Mitchell, who is brilliant as Will Shakespeare, the series has seen its share of quality guest stars over the course of the three seasons: Emma Thompson, Noel Fielding, Ben Miller (as the actor Wolf Hall, the oppressed outsider in The Merchant of Venice in a brilliant send up of real-life actor Mark Rylance), Adrian Edmondson and Kenneth Branagh.

Currently airing on a number of public television stations in America, hope for the commissioning of a fourth season hovers somewhere between slim and none as each day passes. The last Mitchell/Elton effort invoking the name of Upstart Crow came in the form of a 2+ hour masterpiece in London’s West End. 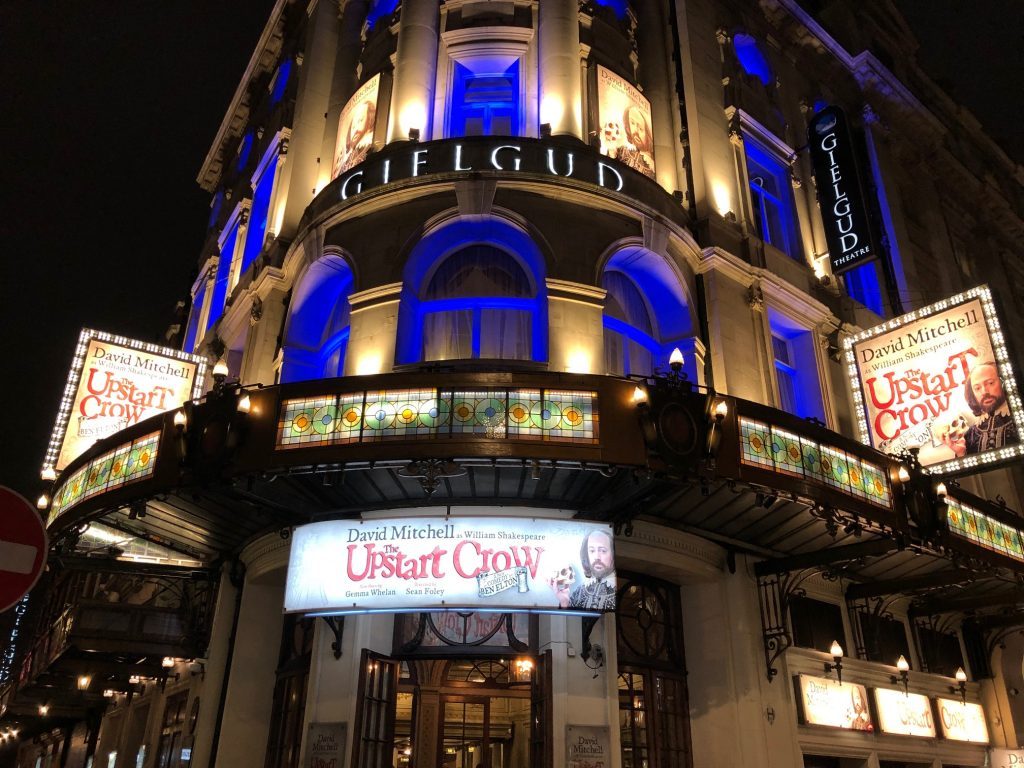 The Upstart Crow at the Gielgud Theatre

Mitchell reprised his role from the brilliant sitcom as William Shakespeare in The Upstart Crow beginning on February 7, 2020 with a live version in London’s West End which was, coincidentally, the last performance of anything with a live audience  that I’ve attended due to Covid. That said, if you can’t attend anything for over 2+ years, seeing Upstart Crow at the Gielgud Theatre on opening night as your last effort is nothing short of perfection.

In addition to Mitchell, Gemma Whelan was equally as brilliant reprising her TV role as aspiring actress Kate as was the entire case of  Steve Spiers, Rob Rouse, Mark Heap, Helen Monks, Jason Callender, Danielle Phillips and Rachel Summers! A definitely shout out to Reice Weathers as Mr. Whiskers too!

So…a very happy St Georges Day to you and here’s to you, Mr. Shakespeare!