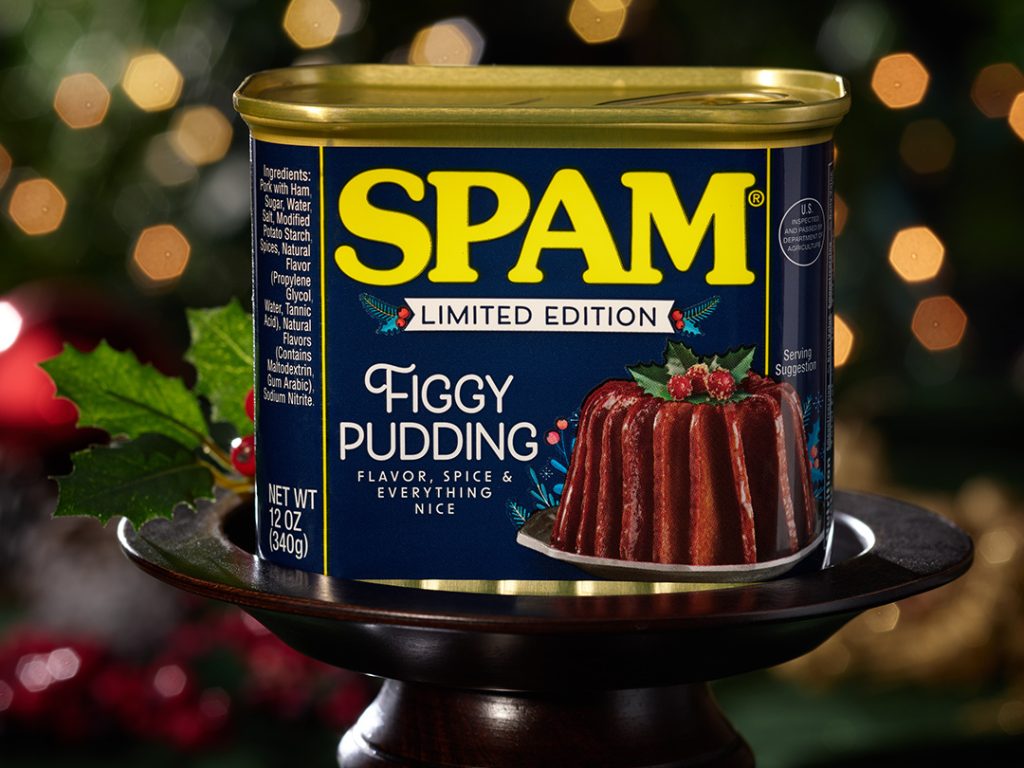 Now that Thanksgiving is in our collective rearview mirror, it’s time (and, ok) to focus our attention on the forthcoming December holiday season. While thoughts of holidays past rank high on most everyone’s list as to what causes them to look forward to this time of year, there is a desire on the part of some individuals to start new traditions that will, hopefully, become a nostalgic part of holidays past to fondly look back on.

One such long-standing nostalgic tradition that is a virtual staple of the British Christmas table is figgy pudding, a.k.a. plum pudding and/or Christmas pudding. It’s pudding in the British sense, meaning dessert, but not in the creamy, custard dish that Americans associate with the word, pudding. It’s a dense, steamed cake full of raisins, currants, and brandy that contains neither figs nor plums. 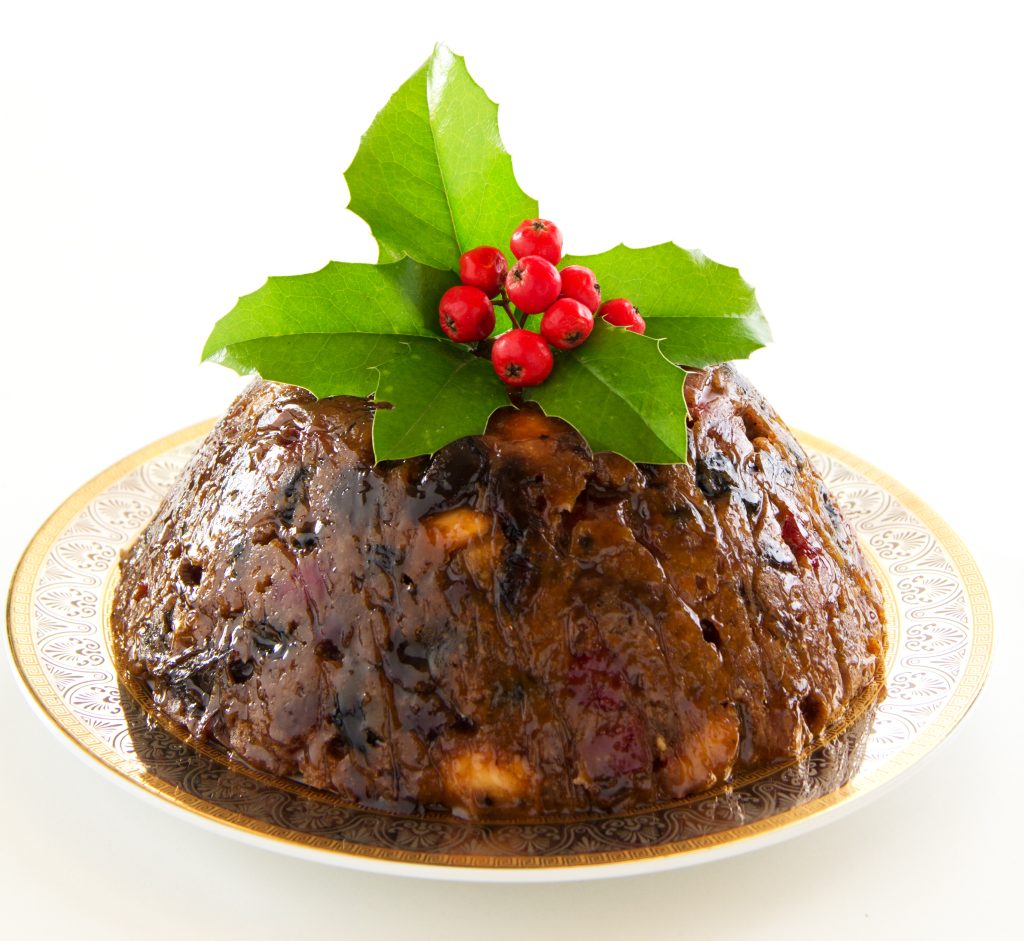 In an attempt to blend old-school nostalgia with creating new traditions, SPAM® Figgy Pudding, a.k.a. Seasonal SPAM® , takes the classic SPAM® with all pork, sugar, water, salt, potato starch, and sodium nitrate (a preservative) that the law allows and adds fig and orange flavors, cinnamon, cloves, nutmeg, ginger and all spice to come up with….SPAM® Figgy Pudding!

Understandably, this may not be anywhere close to being at the top of your list of adding something new to your long-standing holiday traditions and I’m guessing, like me, you may also be asking ‘why?’.

Well, the creators (i.e. the folks at Hormel) explain its reasoning thus: “The makers of the SPAM® Brand wanted to create a limited-edition seasonal variety that captures the magic, warm flavors and nostalgia we all crave during the holiday season. And with SPAM® Figgy Pudding, the brand did it all in one can.”

If your not quite ready to spice up your holiday season and find yourself having a hard time of thinking of the concept of figgy pudding in a can to where SPAM® Figgy Pudding doesn’t quite make its way to your holiday table this holiday season, here’s how you can make your own and then you can ‘bring US some figgy pudding…and, bring it right here’.