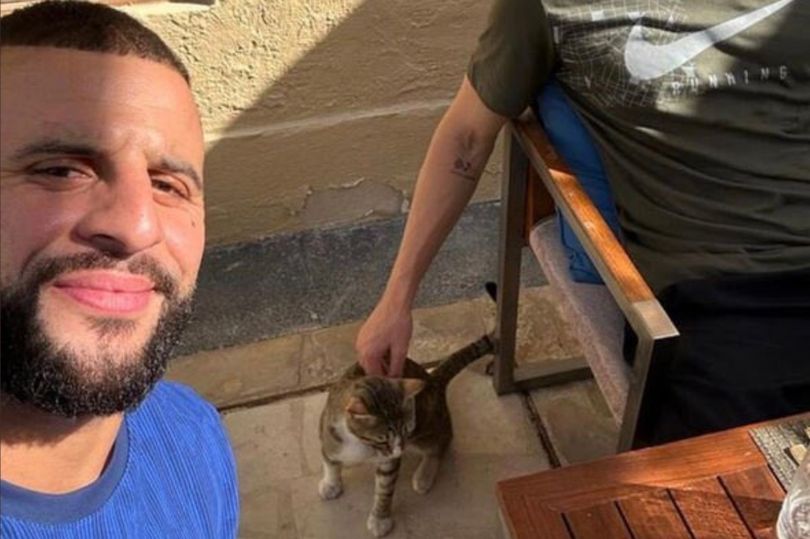 Unfortunately, the 2022 World Cup trophy wasn’t in the cards for the England national football team this year but England stars Kyle Walker and John Stones will not be coming home empty-handed as they are bringing with them someone special that captured the hearts of England players and fans alike and goes by the name of…Dave

Stealing a few headlines from 10 Downing Street’s resident feline, Larry, Dave was befriended early on in the tournament as both Walker and Stones began feeding the stray feline who started hanging out in the England camp and cuddling up to players during their four-week stay in Qatar.

“First day we got there … Dave pops out,” Stones said. “Every night he’s sat there waiting for his food.”

“He was just there one day so we’ve just adopted him, me and Stonesy,” Walker told the FA’s official media channel during England’s World Cup campaign. “Dave is welcome to the table … Some people really don’t like the cat, but I love him.”

So much so that Walker even promised his feline friend a new home if England won the World Cup. Unfortunately, that didn’t play out as planned but now it seems the Manchester City ace is still bringing Dave back to the UK.

While the Three Lions were the only team in the tournament not to have picked up a yellow card during their four matches to reach the quarter-finals, things didn’t look good for Dave at one point as he did risk receiving a red card for an altercation at the teams hotel thus wrecking the team’s flawless World Cup disciplinary record.

“He had a little scrap with another cat the other night,” the Manchester City defender said as Dave sported red and white bandage after the scrap with a rival cat before the last-eight defeat by Les Bleus.

Fulfilling his promise to Dave, Walker put his new friend in a pet carrier as the Three Lions stars checked out of their hotel and headed for the airport. He was heading for the vets to get his blood tested and given the correct vaccines for the UK and then will spend four months in quarantine before what is presumably a free transfer to Manchester City.

It’s not the trophy they were hoping for but there’s always 2026.