From the Vault: Sherlock’s Mrs. Hudson was the original Gloria Stivic in ‘Till Death Us Do Part’

Rita, the original British version of All In The Family’s Gloria Stivic, represented a new generation.

END_OF_DOCUMENT_TOKEN_TO_BE_REPLACED 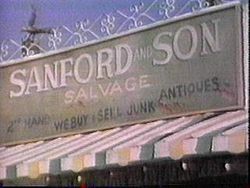