While it won’t erase the daily reminder that we still have 14 months (plus or minus a few days) until Benedict Cumberbatch returns to the small screen in Sherlock, the recent discovery of a long thought to be lost Sherlock Holmes film will delight even the most casual fan of the world’s most famous consulting detective. The 1916 silent movie about Sherlock Holmes has been discovered by the Cinematheque Francaise, which has joined with the San Francisco Film Festival to create a digital restoration.

END_OF_DOCUMENT_TOKEN_TO_BE_REPLACED 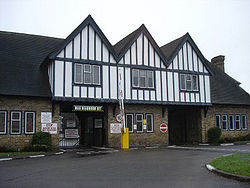