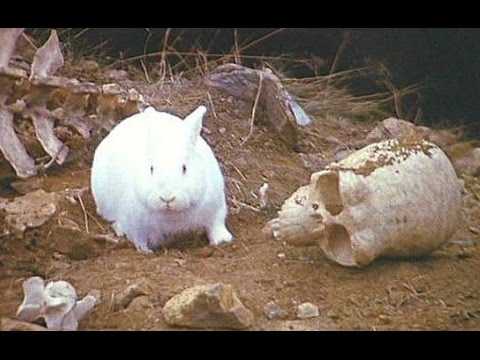 I would never forgive myself if I let today pass without wishing everyone in the land of Tellyspotting a Happy National Bunny Day! Highlighting the value and contributions that pet rabbits bring to their owners and held on the fourth Saturday or Sunday each September, National Bunny Day also centers on the welfare of rabbits — while […]

END_OF_DOCUMENT_TOKEN_TO_BE_REPLACED

Recently unearthed material in the private archives of Monty Python member Michael Palin has revealed some oddly interesting sketches that, ultimately, never made it to the final version of Monty Python and the Holy Grail. Palin gave the British Library his archives last June, a majority of which has been catalogued and is already available in the library’s […]