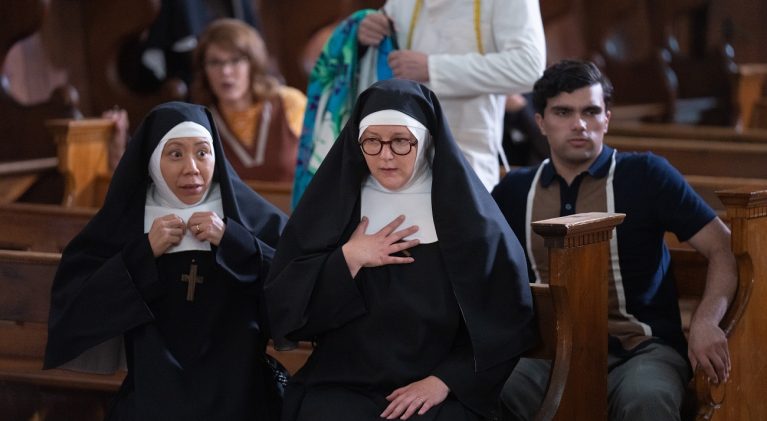 Look out, bicycle-riding nuns of Nonnatus House! There’s a new Sister in town and she’s armed with an IQ of 156, a PhD in Forensic Science and a Vespa! Appearing in only one episode of the now possessor of 100 episodes, Father Brown, Sister Boniface is hell-bent (sorry) on helping to make the streets of Great Slaughter safe for everyone and not let it turn into Midsomer or the sleepy little village of Kembleford where there seems to be a murder every week!

END_OF_DOCUMENT_TOKEN_TO_BE_REPLACED 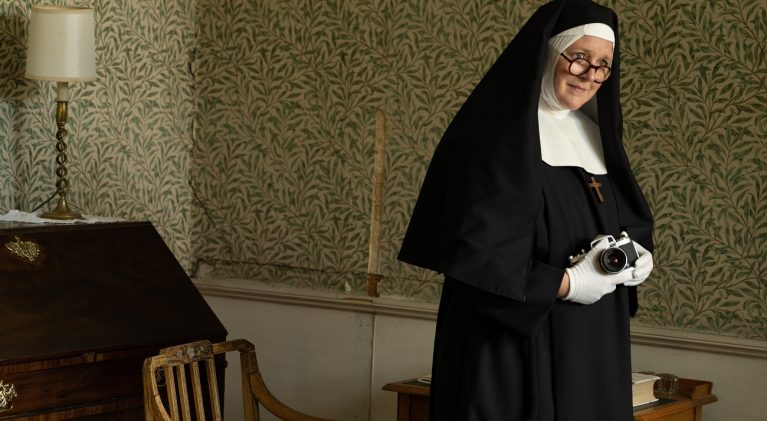 Armed with an IQ of 156 and a PhD in Forensic Science, popular Father Brown character Sister Boniface is getting her own spin-off series based on the character who first appeared in episode 6 of series 1 of Father Brown, “The Bride of Christ”. Lorna Watson will reprise her role from the popular BBC1 daytime series, which will focus on light-hearted “cozy” mysteries in a similar vein to Father Brown which stars Mark Williams as the crime-solving Roman Catholic priest.