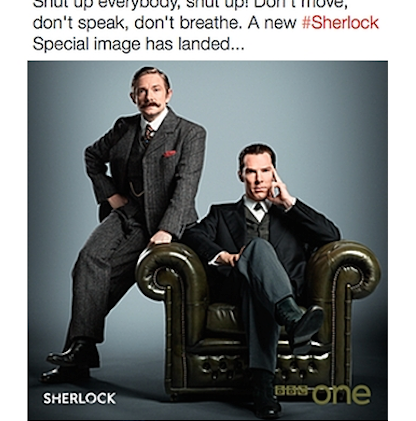 They say a picture is worth a thousand words. True enough. But when the picture happens to be the first one that has been released for some time teasing the new Sherlock episode headed to our collective telly screens this holiday season, it’s mind-boggling how a single picture can set the Internets hair on fire. […]