As the world inches closer and closer to the big event on Friday, 29 April, now’s your chance to vote for your favorite British comedy proposal / nuptials. Who can forget David Horton’s down on one knee, million dollar, proposal put forth to the Vicar? I know it didn’t result in them tying the knot, […]

END_OF_DOCUMENT_TOKEN_TO_BE_REPLACED 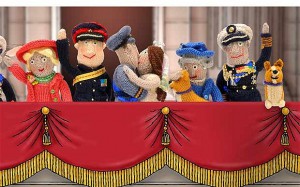 The Royal Wedding in Legos or Wool – you decide

In London, but find yourself without an invitation to the Royal Wedding this coming 29 April? Can’t get to the UK and really don’t want to get up in the middle of night to watch the big event? Not to worry on either count. Drop by Legoland Windsor as it celebrates its 15th anniversary with […]