Suranne Jones: From Scott & Bailey to A Touch of Cloth and back again

While Suranne Jones may not be a name you recognize, I’m guessing most are quite familiar with her work. If not, you’ve got a lot of catching up to do soon as you’re going to be seeing much more of her stellar work on both sides of the pond in the days to come. Since […]

END_OF_DOCUMENT_TOKEN_TO_BE_REPLACED 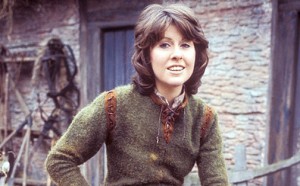 Elisabeth Sladen has passed away at the age of 63. You may or may not know the name, but if you’re a Doctor Who fan, you’ll immediately recognize her role as Sarah Jane Smith, dating back to 1973 when she first appeared alongside the Traveling Time Lord. Most fans, worldwide, considered Sladen as the ultimate […]