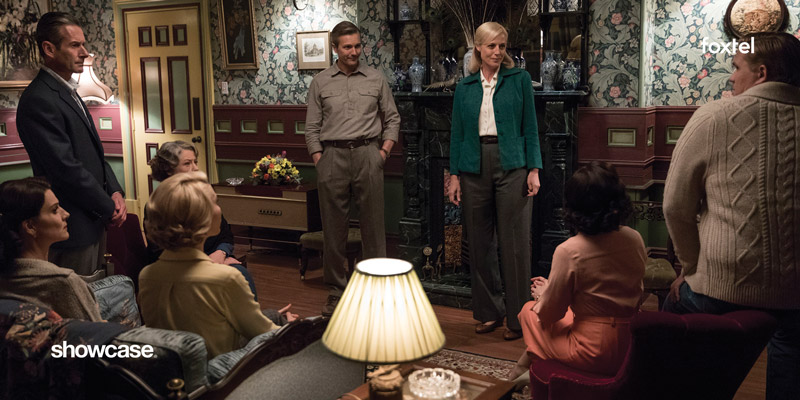 While fans of A Place to Call Home will understandably be sad with the recent news that the forthcoming series of the brilliant Australian drama will be the final chapter, series creator Bevan Lee says, “Season 6 truly completes my vision for the series. I promise to bring the show to its finale on a wave of tears, laughter and most importantly, closure.”

The 10 episode final season will take the Bligh’s and all the residents of Inverness into 1960.

**No more spoilers allowed at this point since American audiences have yet to see series 5 on public television.**

With the public television broadcast of series 5 still in question, the fact that the series will actually see a sixth series is a credit to its dramatic greatness and viewer loyalty. Following the second series in 2014, the original broadcast home, Seven Network, declined the option to renew the series, with cast and crew told they would not be required for a third series.

In late 2014, the Australian pay-TV service Foxtel revived the series for two additional series (3rd and 4th) written by Bevan Lee to air on Foxtel’s Soho channel with all the original cast and crew members returning. Series 5, with a timeline that jumps from 1954 to 1958, premiered last October on Foxtel’s Showcase channel.

While many of us will hate to see Ash Park lock the doors, it will be nice to see the likes of Marta Dusseldorp (Sarah Adams), Noni Hazlehurst (Elizabeth Bligh), Brett Climo (George Bligh), Craig Hall (Jack Duncan), Sara Wiseman (Carolyn Bligh), Arianwen Parkes-Lockwood (Olivia Bligh), Abby Earl (Anna Bligh), Tim Draxl (Dr Henry Fox) and Frankie J. Holden (Roy Briggs) for one final time. Even the well-meaning Doris Collins, the most widely-known member of the Inverness village and brilliantly played by Deborah Kennedy, will bike her way through the New South Wales countryside one more time in series 6.

» A Place to Call Home: The Final Chapter S6 will air on Foxtel’s Showcase channel in August 2018.