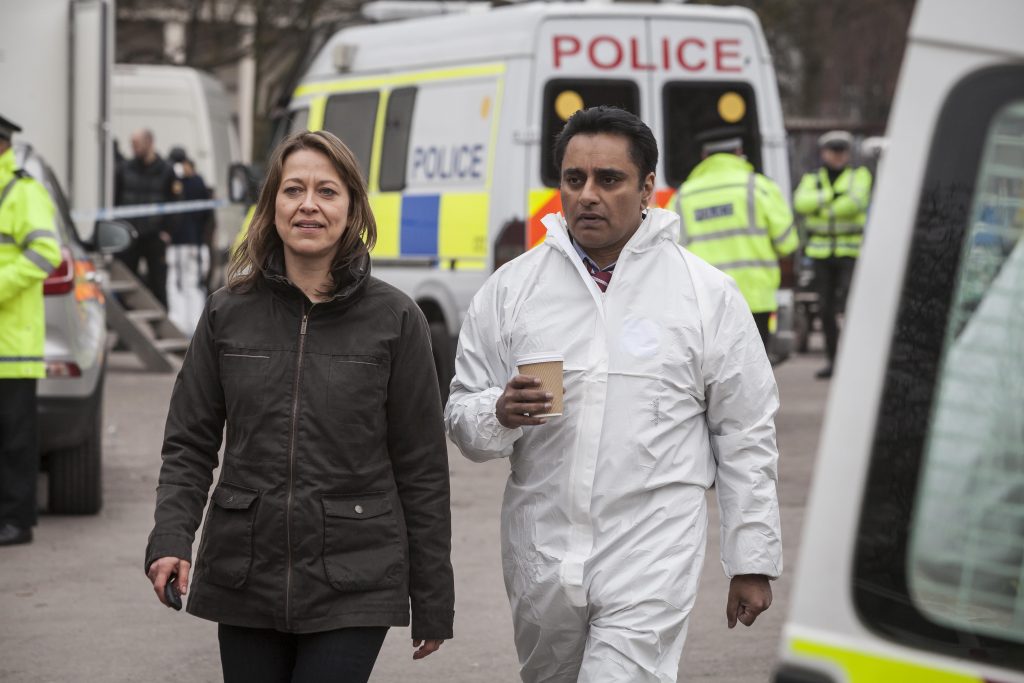 Much like the work of Suranne Jones (Scott & Bailey, Touch of Cloth, Doctor Foster, Secret of Crickley Hall) and Bill Nighy (Love Actually, State of Play, Page Eight, Best Exotic Marigold Hotel), there is very little that I won’t watch that features Nicola Walker. From her stint as GCHQ Senior Intelligence Analyst, Ruth Evershed, in Spooks to her genius efforts in Touching Evil, Scott & Bailey, Heading Out and, most recently, Last Tango in Halifax, anything that features her acting talents will immediately signal to me that its worth watching.

You can now add the forthcoming Unforgotten to my DVR list of must-see-TV featuring the former Cambridge Footlights member.

Airing over a period of six weeks, the two series of Unforgotten will begin this Sunday at 9pET/8pCT on PBS Masterpiece. The three-part first series focuses on a cold murder case from almost four decades earlier, when the bones of a young man are found beneath the footings of a demolished house. An investigation begins that will unravel the lives of four people who have been waiting for this moment for nearly 40 years, as they discover that the past can’t, and won’t, stay buried for ever.

» Read:
• Rucksack and all, ‘Unforgotten’ will return for a 4th series
• Unforgotten series 3 returns on ITV, followed by PBS in 2019 (hopefully)
• Hey DS Khan, What’s in your rucksack?
• ‘Unforgotten’ with Nicola Walker and Sanjeev Bhaskhar lands on PBS’ Masterpiece

The slow revelation of these secrets as Cassie and Sunny hunt for the killer will alter the dynamic of the families and their loved ones forever. This trailer from when it premiered last February on BBC First in Australia gives you all you need to begin setting your DVR for the April broadcast.

Series 2, which also consists of three parts and will air beginning May 6, focuses on the murder of David Walker, a Conservative Party consultant who disappeared in 1990, whose remains are found in a suitcase buried in the River Lea. Cassie and Sunny are assigned the case and try to identify the victim through his watch and pager.

The brilliant thing for PBS viewers is that ITV recently announced that a third series has been commissioned with Neil Morrissey (Line of Duty), Alex Jennings (Victoria, The Crown), James Fleet (Vicar of Dibley) and Kevin McNally (Pirates of the Caribbean) joining the cast as a group of close-knit friends who come under suspicion from DCI Cassie Stuart and DS Sunil ‘Sunny’ Khanwhen when a body is found at a building site off the M1 motorway, a body that has been missing since the turn of the millennium.