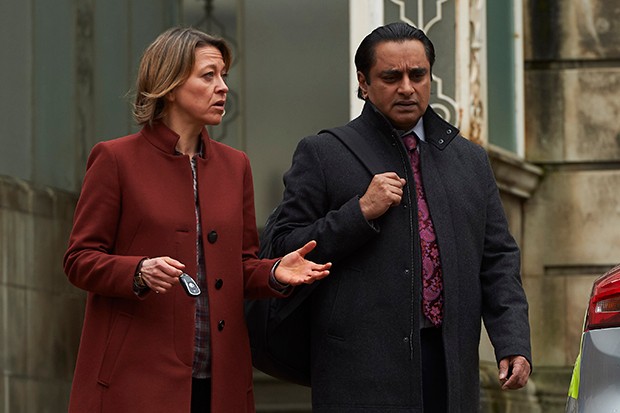 When human remains are found on the central reservation of the M1, Cassie and Sunny are called to the scene. Despite initially suspecting that the bones are archaeological, the discovery of a metal plate on one of the arms suggests otherwise.

The new series of Unforgiven sees BAFTA nominees Nicola Walker (MI5, Scott and Bailey, Last Tango In Halifax) and Sanjeev Bhaskar (Kumars at No. 42, Goodness Gracious Me) reprise their roles as DCI Cassie Stuart and DI Sunil “Sunny” Khan as they investigate another emotionally-charged cold case.

The pair will be joined for the series by acclaimed actors Alex Jennings (A Very English Scandal, The Crown) Kevin R McNally (Pirates Of The Caribbean, Designated Survivor), Neil Morrissey (Line Of Duty, The Good Karma Hospital) and James Fleet (Indian Summers, The Vicar Of Dibley) who play a close-knit group of old school friends that have stood by one another through thick and thin.

Set across the south of England in locations including Norfolk, West Sussex, Bristol, Hampshire and London, the new series will explore how everyday lives can be fractured and destroyed by one event, showing that appearances can often be deceiving.

» Unforgotten S3 begins tonight at 9p on ITV with a PBS broadcast to come, hopefully, in 2019.