Finally some good news out of the UK. After a flurry of sad news of the recent deaths of Willow and Munin, Britain welcomed a new addition to the royal family as the Duke and Duchess of Cambridge welcomed a ‘soon-to-be-named’ boy into the world at 11:01AM BST Monday morning at St. Mary’s Hospital in London. Immediately becoming the fifth in line for the throne behind grandfather Prince Charles, father William, brother Prince George and sister Princess Charlotte, the birth knocks Prince Harry down a notch in the succession line. 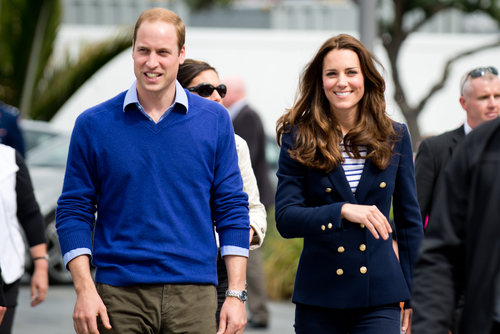 As news of the birth was displayed, according to tradition, on an easel in front of Buckingham Palace, Kensington Palace tweeted out the details, “The baby weighed 8lbs 7oz. The Duke of Cambridge was present for the birth. Her Royal Highness and her child are both doing well.” It was obvious that we all live in a social media dominated world in 2018 as the hashtag #RoyalBaby immediately began trending in Britain.

While the attention will soon shift to the forthcoming wedding of Prince Harry and Meghan Markle on 19 May, die-hard royal fans have been keeping vigil at St Mary’s for days now sleeping on benches and in tents outside the hospital. Royal baby fever will not switch to name speculation. “If it’s a boy, they could call it Philip Michael. Philip after the duke and Michael after Catherine’s father,” mused one hardcore royal fan, John Loughrey, before the announcement.

British bookies, who will take bets on nearly anything, are here to help with Arthur, Albert and Jack being the top picks at the moment. Before you scoff at the current top picks, George and Charlotte were two of their top picks for the other Cambridge children. Unfortunately, even bookies are subject to the reality of the fact that this is the royal couple’s third child. Rupert Adams, a spokesman for the bookmaker William Hill, said that for George, the bookmaker took in about 1 million pounds ($1.4 million) in bets; for Charlotte, it was about 800,000 pounds ($1.1 million). “We’d be chuffed if we got 600,000 this time,” he said. “It is the third child.”