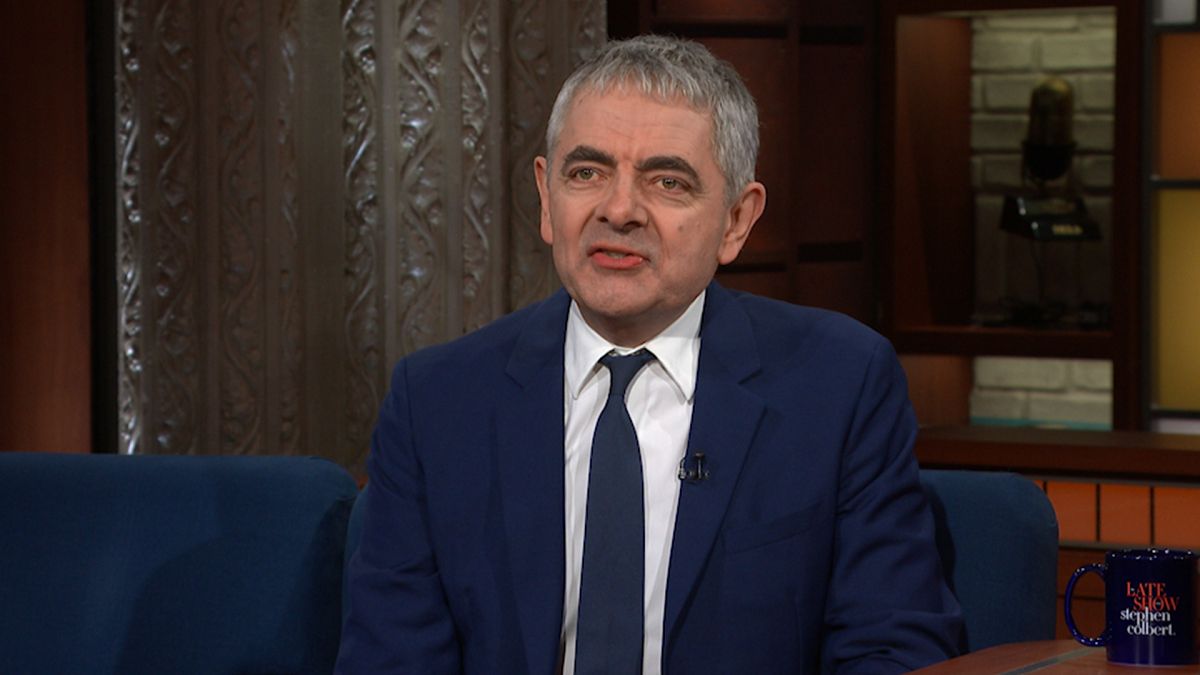 The greatness that is Rowan Atkinson paid a recent visit to the equally great Late Show with Stephen Colbert last week in advance of the release of his new film, Johnny English Strikes Again.

Over the course of the conversation with Colbert, the audience learned the definition of the word sitcom; the fact that Blackadder was set in the 1500s so as to avoid a potential unfair comparison to perhaps the greatest British situation comedy of all time, Fawlty Towers; and had the great good fortune of watching as Atkinson dusted off an old classic sketch from his days at Oxford.

Unofficially, known far and wide throughout the world of comedy as THE sketch that turned Richard Curtis away from a life as a comedian and, thankfully, steered him towards a life as a screenwriter (Four Weddings and a Funeral, Love Actually, Notting Hill, Bridget Jones’ Diary), the 7+ minute wordless old comedy routine which, according to Atkinson, was simply born out of nothing more than not really having any material and him deciding to use that famously rubber face to get laughs.

“What a load of rubbish”

The comic performed a brief portion of the bit he used to do while a student at Oxford (watch it below), much to the delight of the Late Show host, using nothing but a piece of paper that, ultimately, caught the attention of fellow undergraduate Richard Curtis, who was scheduled to go on after Atkinson.

Curtis watched the eventual star of Mr. Bean, Blackadder and the Johnny English movies kill it just by using a piece of paper, exaggerated facial expressions and jabbering nonsense. The story, which with every passing year seems to take on a greater life of its own, is that Curtis decided screenwriting was a very noble profession.

“What a load of rubbish,” Atkinson said self-deprecatingly after the segment. Of course, this comes from a man that has never thought he was funny!