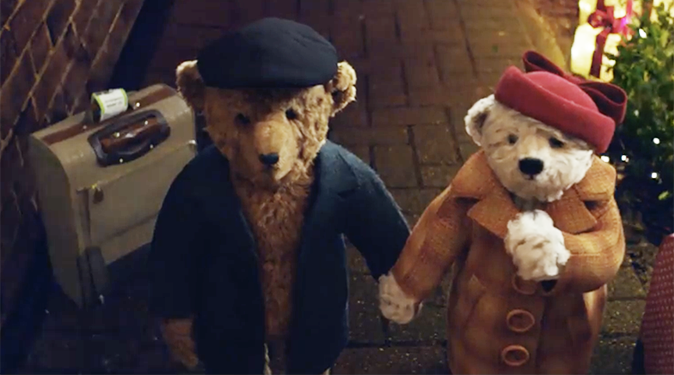 Even though Thanksgiving is still a couple of weeks away, I’m feeling pretty OK talking about the beginning of the onslaught of 2018 Christmas adverts since it is, after all, after Halloween. Thankfully, there is still a generation of telly viewers out there that look forward to this time of the year, partly due to the nostalgic memories triggered by classic commercials.

On the American side, there’s the unforgettable “Peter Comes Home” mid-1980s commercial for Folgers Coffee, the one with Santa coming down a ski slope on a Norelco shaver in the late ’70s, and the mid-’90s snowman warming up in front of a bowl of chicken noodle soup from Campbell’s Soup.

On the UK side of the equation, telly viewers annually look forward to Christmas adverts from John Lewis, Sainsbury’s and, in recent years, Heathrow Airport.

Coming home to the ones you love at holiday time is the most brilliant feeling ever, so Heathrow put their toe in the water in 2016 with their “Best Gift of All” campaign and introduced us to the Bair family.

While Edward and Doris spent a bulk of the holidays in 2016 just trying to navigate Heathrow Airport, 2018 has the couple living it up in the Florida Keys. While it’s all sun and fun in the Sunshine State, Christmas begins to draw near, and the retired Bairs are miss celebrating the holidays — British style.

Set to Paul Young’s “Everytime You Go Away,” the Bairs hop on a plane and head home to their furry family for the holidays.

Get out the Kleenex! #HeathrowBears